Shredding With The Caffrey’s

Mr. B and I met up with Mr. and Mrs. Caffrey for a little ski action at Copper Mountain this weekend.  They were up vacationing for the week with a group of friends so we decided to meet up for the day.

The sun was-a-shining when we arrived at the village. Much more manageable than last weekend! As we were walking around, I noticed how different everything looks during the winter compared to the summer. Crazy to think we actually ran up the side of this mountain a couple of months ago. 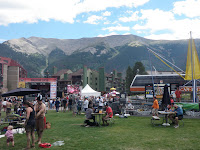 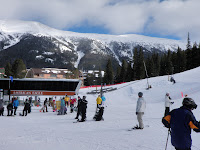 The morning started out with a couple of warm runs with Mr. B, Allie, Tara, and Danny. It felt sooooo good to get the legs moving and to catch up with Allie! 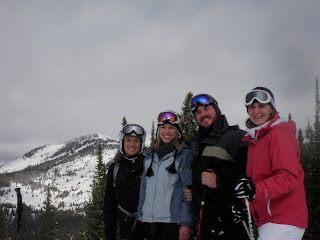 Later, Mr. B headed out to meet Grant and the rest of the boys to embark on steeper adventures. So, we took in some lunch and some much needed bloody at Jacks. 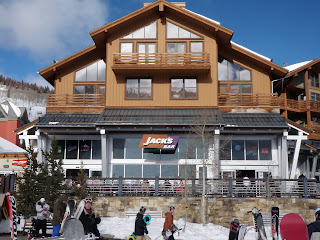 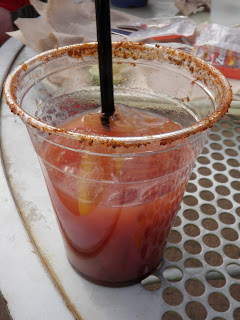 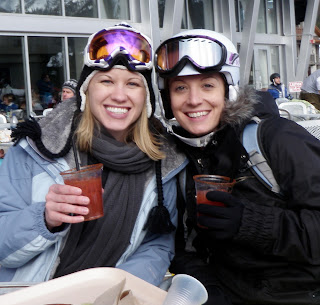 After lunch we headed back to the slopes and did some serious shredding! 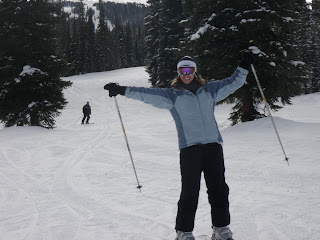 If you have not skied Copper, I highly recommend checking it out. Lots of terrain varieties, fun rollers, and a massive super pipe just in case you want to huck your meat.
When were all done skiing, we did a little apres skiing at JJ’s at the base of the mountain. A couple of Blue Moons, Fat Tires, and popcorn later…..we were ready to call it a night.
Mr. B and I had such a great time with Allie and Grant. We can’t wait for them to come back and play!
Love ya friend! 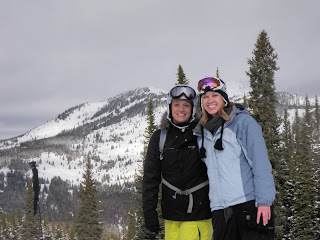