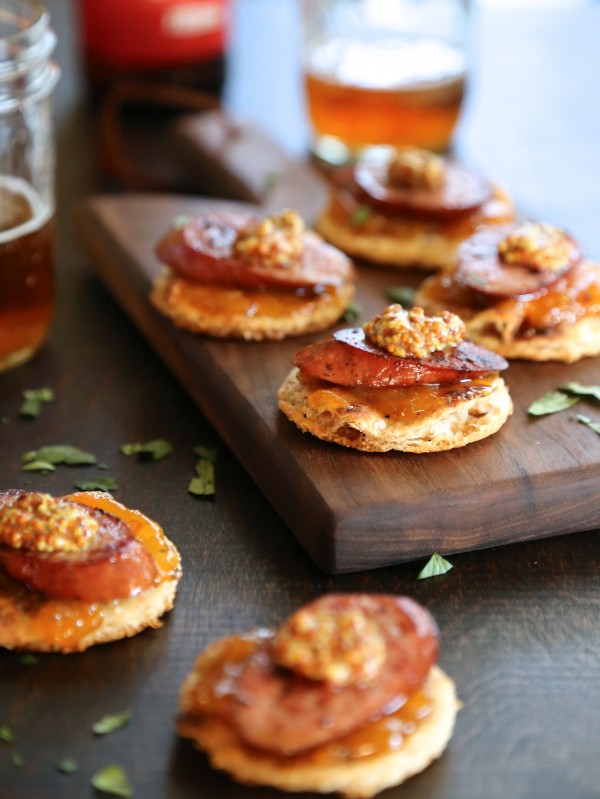 Growing up, I was really good at time table tests.

That, and spelling. I was the nerdy kid in class that became giddy when the teacher would announce it was time for another spelling test. Don’t judge.

The funny thing is, even though I was good at time table tests, I was horrible at overall mathematics. Quadratic formula? Forget about it. Derivatives? Can’t even. And don’t get me started with fractions!!! Those bastards are the worst. Who came up with fractions? They make zero sense and as far as I’m concerned, they can exit stage left. 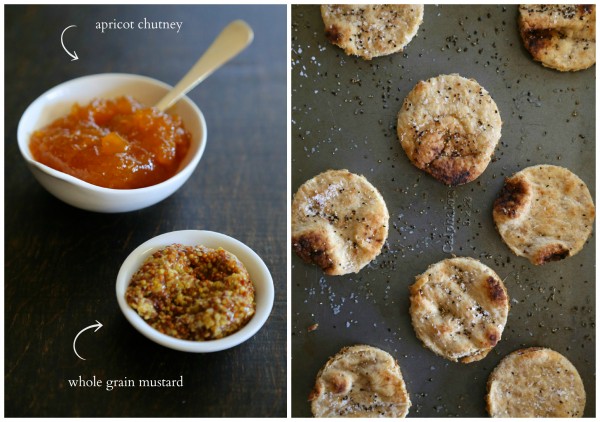 So, thank goodness I married an engineer. Could you imagine yours truly walking into Home Depot and asking how to put together a backyard deck using times tables? Um, no. They might think I just escaped from the looney bin.

While I will leave the complexity of yard deck building to Mr. B, I do know how to create and stack a delicious, tasty appetizer in minutes. These andouille naan toasts might possibly be my new favorite game day app! The apricot chutney and whole grain mustard are the perfect combo of heat and sweet. Top it off with a slice of cajun andouille sausage and you will have a touch down every time! 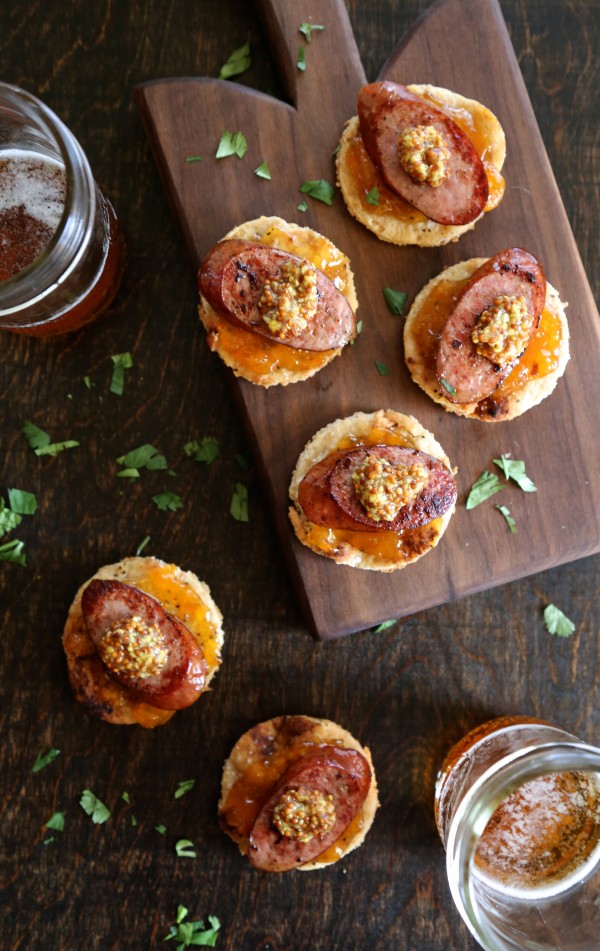 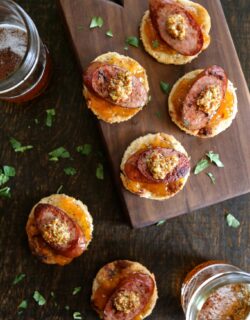 Preheat oven to 400 degrees. Spray a baking sheet with non-stick cooking spray. Place naan circles on baking sheet. Drizzle tops with olive oil, salt and pepper. Bake in the oven for 5 to 7 minutes or until golden brown. Remove and set aside.

Preheat a skillet to medium heat. Place andouille rounds in skillet and saute on both sides until golden brown. Remove from heat and set aside.

to serve: spread the apricot chutney on top of the naan. Place one andouille slice on top of the chutney and dollop some of the whole grain mustard on top. Garnish with fresh parsley.