Mr. Pod, THE first generation music player from Apple, died last night from complications of a short circuit. He was 4 years old. Sleek and undemanding, Mr. Pod was a hero in the eyes of so many. He provided comfort in a world of discord. He listened to internal struggles, and could often shuffle away your disposition.

When asked about the loss, his dear friend, Lauren Grier, author of Climbing Grier Mountain, described Mr. Pod as a companion for the ages. He never berated me, and provided guidance and reassurance with a single click. He will be missed.

Mr. Pod is survived by his cousin the iPhone, his step-mom the iPad, and his father Steve Jobs.

May he rest in technology pieces. 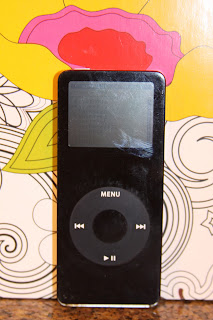