Three Christmas parties, two awesome dinners, a few clubs, drinks and a partridge in a pear tree. According to El Guapo we crammed a plethora of activities into three days. 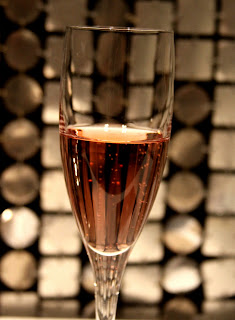 We arrived in NYC Friday, hopped a cab to the Upper East Side, dropped the bags and started another marathon weekend.  We haven’t spent any time with Doug and Michael (aside from family gatherings) since ’07 so we broke out the red wine and started catching up on all the details.
We had to catch a train to New Canaan (CT) early the next morning for the first stop on our Christmas party tour, so we thought we would go to a local pub and grab some food.  Michael suggested we head to Indochine since they hadn’t been in a while. Why not?!!!
Side Note:  Indochine is a French-Vietnamese styled place in the East Village that opened back in 1984. The delicious food and tropical decor set the mood for the evening so we were feeling nice and warm on a cold NYC night.  We devoured grilled eggplant, seared lamb loin, steamed Chilean sea bass, and a roasted Cornish hen. If you are ever in NYC you have to go here!
*** Day 2

We didn’t leave Indochine until 1:30 so the morning came sooner then I would have liked, but the show must go on.  No room for wimps on our trips.

I headed to the train early with Michael to catch an express to New Canaan.  Doug and Bret followed later. I was going to help Michael setup for our first Christmas party of the weekend, and let me tell you, it was a mad dash to get everything done.  (Hint to Michael, bring us in early next year!)

We arrived to their new bridge house.  New is a relative term.  Philip Johnson designed this amazing house in his most prolific period as part of the Harvard Five.  Doug and Michael are fortunate enough to be only the second owners of the property since it was commissioned 60 years ago. 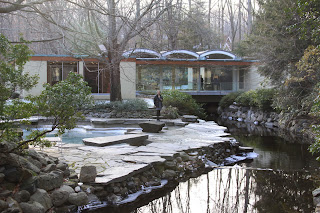 Michael has been working tirelessly for two years to bring it up to modern standards while leaving the core design intact. 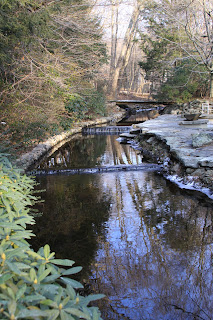 It’s almost done and we can’t wait to get back this summer to see the finished product. Assuming we are invited back after this weekend….(we might be too much fun for the boys). 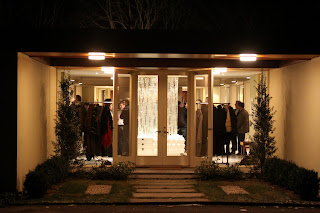 The party went of without a hitch.  The crowd was friendly and talkative, and we made a few new friends. My cousin AJ helped pull it all together.  It was his second time through the Christmas party and he knew how to navigate all the traps and take care of the details.

The fun is just starting.  Next stop, West Village Christmas party.  There is no such thing as a large place in the city so we were kind of amazed at how many people were at the next party.  Not to worry, easy bar access and a few snacks on the table.  I have to say we met some cool people this weekend. Bernard was one of them.  He’s an MTV producer from San Diego.  We had a lot in common since Denver is basically San Diego West.

Next stop, Dinner.  Yeah, its 1:00am and we were starving!  I’m kind of like a reverse Mogwi (Gremlins).  If I only drink and don’t eat anything, I get a little GRUMPY… We all have our flaws.  Mr. B was a rock start the whole time.  I think he needed to let off some steam and have some fun for a change.  Its been a big year for everyone and Christmas is a great time to get a little crazy.

We made it to the Standard Hotel just before they closed the kitchen.  Man did we need that.  A grilled cheese sandwich, french fries, a moscow mule, and a glee star later, I was a happy girl.

Sunday, a day for rest and relaxation, unless you hang with us.  We slept in a little since it was a late night. Nobody is sure exactly how late, but thats why God invented cabs.  Mr. B and AJ ran down to the corner market to pick up brunch for everyone.  Bagels and Lox, great hangover food.

While the boys had their hands full prepping for tonights party at their place, the three of us (AJ, Mr. B, and I) took to the streets.  Mr. B wasn’t happy with his shirt selection for the party so we went to Soho to find a better option. 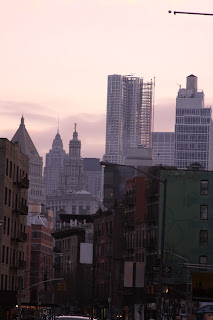 Time to hustle back for final party prep, but first; Madison Ave and Christmas Decorations!

I don’t know about you, but this year seems busier than usual.  Its been hard to get into the Christmas spirit, at least it was until we saw the midtown decorations.  Nothing says Christmas like a ridiculously large snow flake hanging over an intersection. 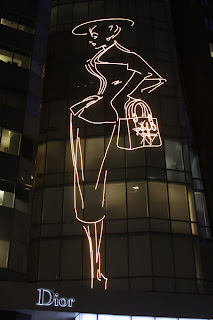 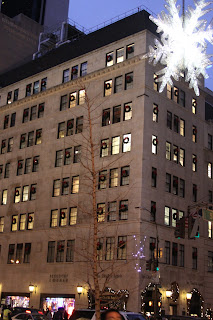 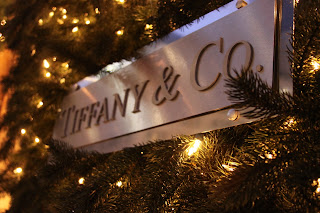 A quick change and on to our third and final party… the main event!  We were looking forward to this party all weekend and finally meeting their close friends.  If either of you ever actually read this, THANK YOU. 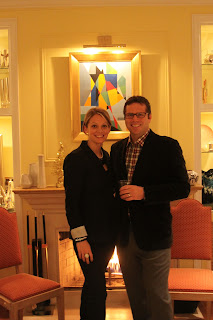 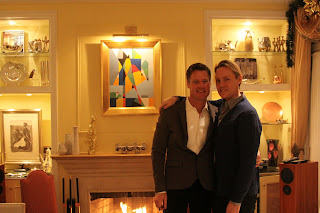 Next up, Christmas in Wichita with Mr. B’s family and Kansas City with the Wurths. Whose ready for another trip… This girl.
Family Holiday Travel