Today was our last full day in San Diego.
I don’t want to leave.
This vacation was exactly what I needed after this crazy year.  Speaking of which, can you believe Saturday is New Years Eve? I know! Do you have big plans? I think Mr. B and I are headed up to Vail to hang out with friends and take it easy.
Back to the day.
This morning we woke up and decided to have breakfast with some of the Sercombes at Toscana Cafe down the street from the hotel. George, Nancy, AJ and Kendall are from Boston and are an absolute blast to be around. We actually hung out with them last year when we were in NYC over Christmas. 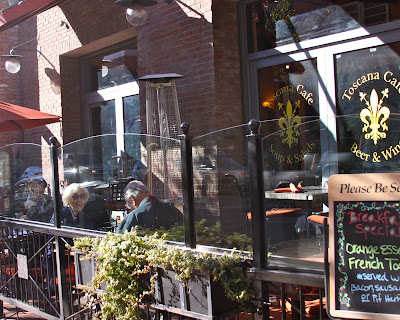 My Mom, Michael, John and Kitty joined us as well. I started with coffee, and ordered the lumber jack omelet with a side of whole wheat toast. The food at Toscana Cafe wasn’t bad, but the serviced was slower than molasses. I am pretty sure we waited about 30 minutes to eat. Eh, what can you do. 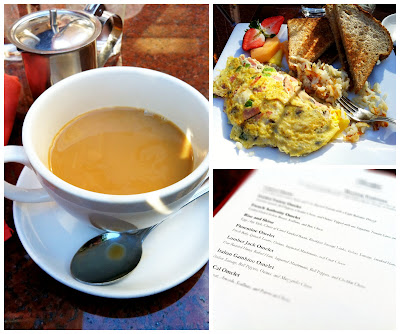 After breakfast, Mr. B and I headed back to the room to catch up on work and change clothes because we were playing in the Ultimate Frisbee game at 12:30pm.
I need to give you a little background on why we are playing Ultimate Frisbee. Back in 2008, when the reunion was in Mexico they decided to have a volleyball game versus the two families. Well, the Wurths suffered a devastating loss and vowed for revenge (thus the rematch was born). The only part about this match up that seemed unfair is that the Sercombes have family members who played on club teams in college and nobody on our side even knew the rules. Fair? I think not.  But we had to take advantage of the amazing SoCal weather and have some fun. 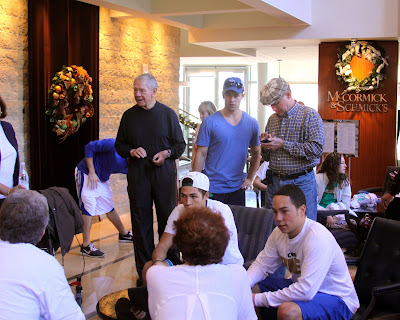 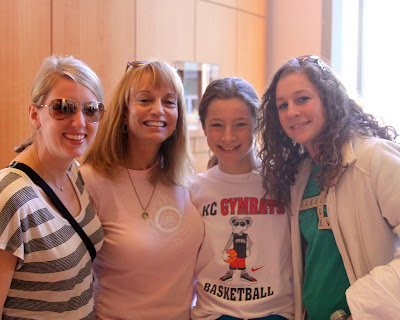 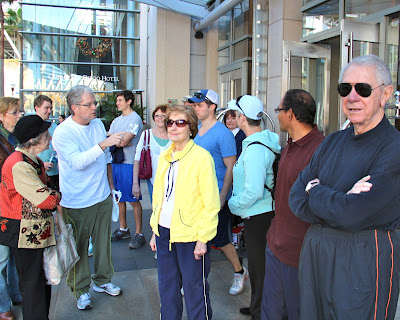 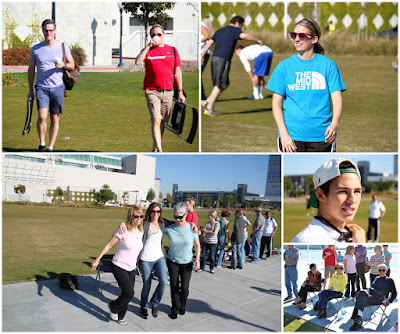 Anyways, both families met in the lobby and walked over to the boardwalk by the convention center to a small open field. Check out that view! 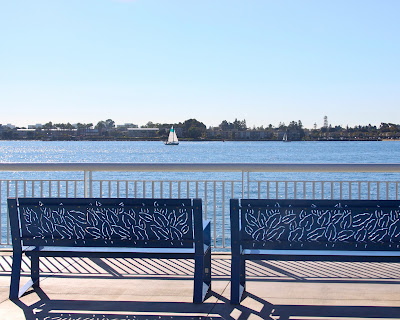 Once both teams were warmed up, we had Grandma Mary and Gloria flip a coin to decide who received the Frisbee first. The Wurths won the flip, and decided to play offense first. 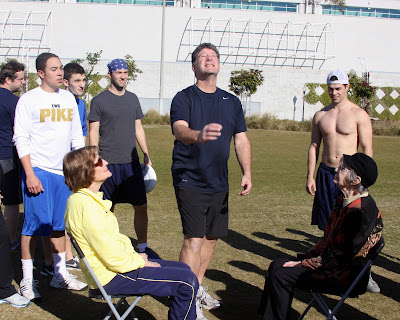 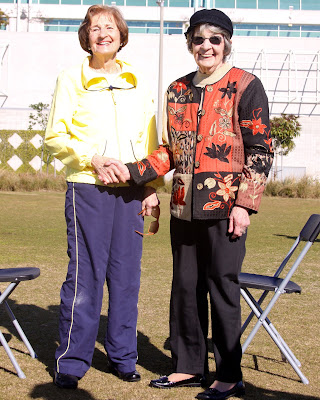 The game started off a little rough. The Sercombes scored two points with in the first 5 minutes, while the Wurths struggled to catch the darn Frisbee. Well, leave it to the women to make a play and score two points to tie the game into half. Whew. 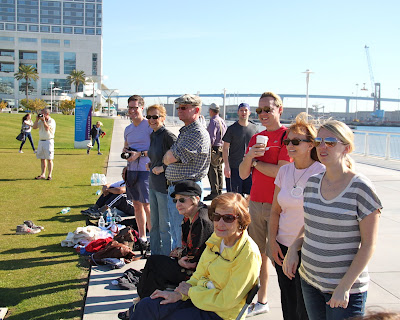 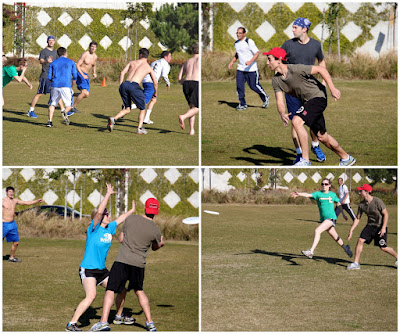 I would love to tell you that the second half was all sunshine and lollipops for the Wurths, but sadly, the Sercombes out played us. I think next year we will have to play kickball or dodgeball….ya know a real sport (wink, wink). 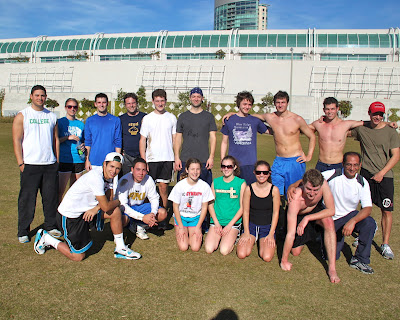 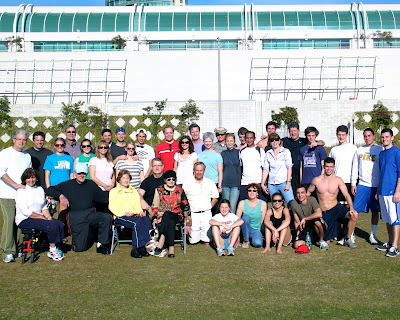 My immediate family quickly cleaned up after the game because we were going to visit Coronado Island before the sunset. We left the hotel around 4pm and watched the fog roll in from the west. In a way it looked suffocating, but after we made it to Coronado the fog gave the sunset a peaceful feeling and the colors radiating off of the marine layer were amazing. 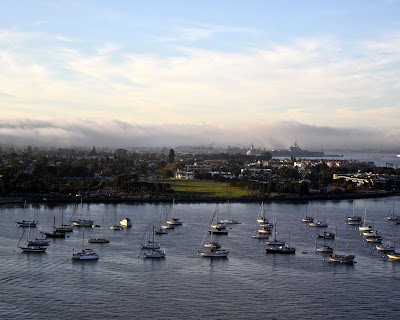 The cab driver dropped us off at the Hotel Del Coronado. Have you have been to this famous hotel? If you have ever seen the movie Some Like It Hot with Marilyn Monroe, this is where they filmed the movie. There are all sorts of fun factoids about this hotel: 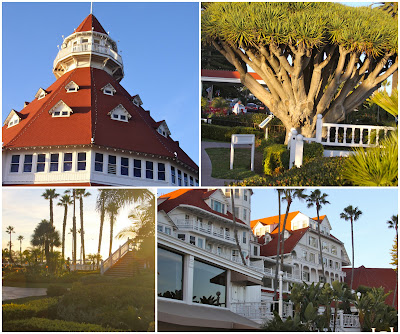 Anyways, we walked down to the beach from the hotel just as the sun was about to set. My mother made a good point, there’s nothing more powerful and calming than the ocean. Walking around on the beach with my family was probably the highlight of this trip.  After another crazy year full of fun and adventures, a simple sunset with the family was a great way to cap it off! 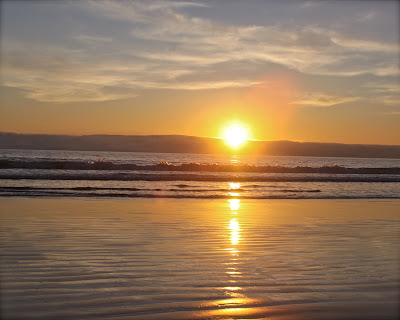 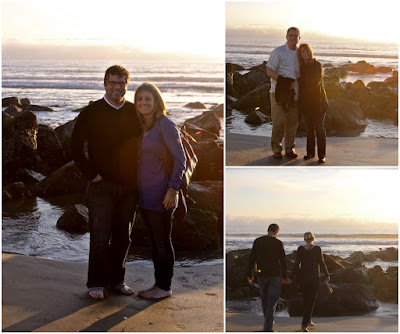 Once the sun set, we decided to grab some sushi for dinner. We walked around the village (which is a couple blocks north of the hotel) to see if we could find a restaurant. Bistro Asian was the first sign of sushi we saw, and with everyone hungry and thirsty, we decided it was a winner! 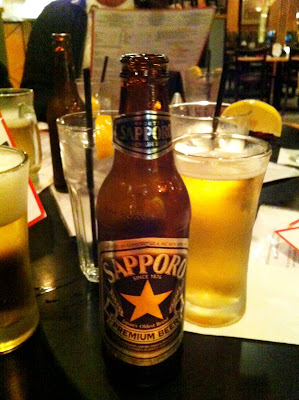 The table shared a couple of different rolls. Their sushi wasn’t anything to write home about, but it filled the void. 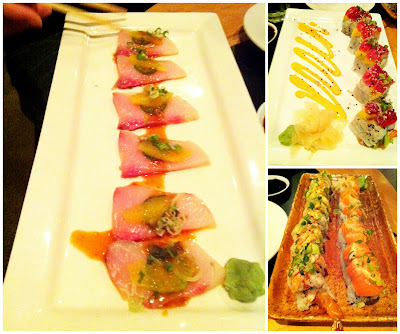 We headed back to the hotel to do our immediate family gift exchange. Plus, my mom brought Mr. B and I our stockings from KC (that stocking is actually 28 years old)! My mom fills them up with vintage finds, personal favorites and quirky musings. Since we didn’t see my family on Christmas Day my mom didn’t want us to miss out. Love her! 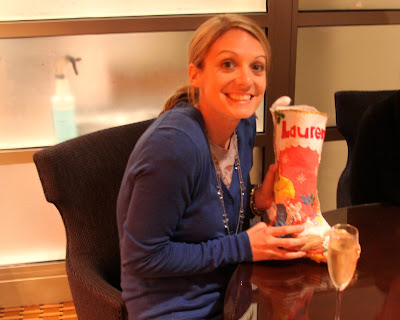 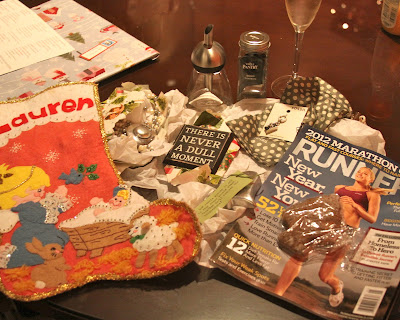 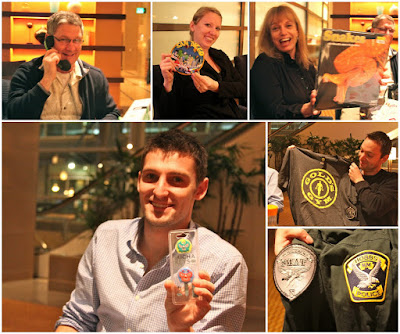 After our exchange, Mr. B and I were planning on having a drink at a local bar with John and Kitty. Well, the gaggle of boys were downstairs ready to get their grove on at Tower 23 (a swanky lounge in Pacific Beach about twenty minutes north of our hotel). At first we said no, and they went on their merry way. But then we looked at each other and said, “Carpe Diem” and decided to hit it hard.

We were picked up in a party van driven by Luis, and let’s just say it was a dance club on the go. He blared Pitbull and had strobe lights going….we had no choice but to dance! 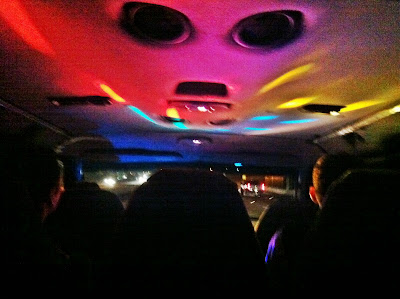 Since it was Thursday night, Tower 23 wasn’t bumping so we had to walk down to the Firehouse. It was definitely a meathead bar filled with people that looked like the cast from Jersey Shore. Oh well. We just hung out, people watched and drank a bunch of cocktails.
We didn’t get home until 2am, which is really 3am MST. I guess no one wanted the night to end.
Mr. B and I had an absolute blast this week. Being surrounded by the people you love in beautiful city makes life seem a little less complicated.
Thanks to my grandparents for making this trip possible! We love you very much and can’t wait for our next renioun.
See ya San Diego!
Family Travel 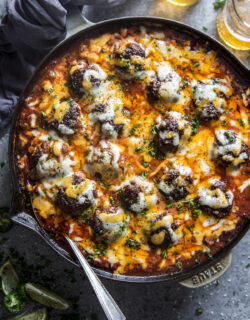