Today was another day filled with family adventures.
I’m giving San Diego two snaps around the world at the moment. I might never leave. There’s so much to do here and the weather, psshhhh, forget-about-it.
This morning was a little slow going. Not going to lie, it was nice to be able sit at my computer and caffeinate myself while catching up on the blog world. I miss you all! 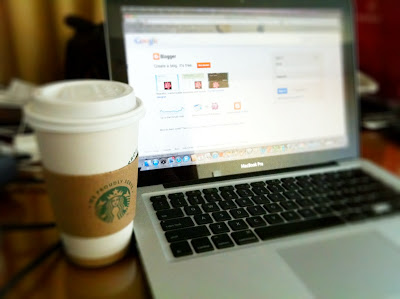 After breakfast, Jordan, Mr. B, Mom, Dad and I were off to tour the USS Midway. We decided to take the trolley to the pier to give our feet a brief rest before the big tour. 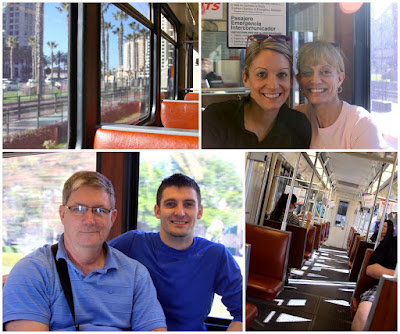 The Holiday Bowl was this evening (GO BIG 12!) so we had to fight through the parade crowd.  Luckily we stumbled upon a parade crossing and didn’t have any trouble navigating the masses.  Props to the SDPD and the parade organizers. All of this bowl talk gets me excited for the Cotton Bowl in two weeks. I like the Cats chances against an over confident opponent. How many games have they been underdogs this year, 8? 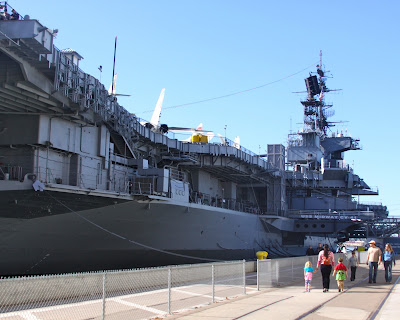 We arrived at the USS Midway around 11am, which ended up being a good thing because I heard the lines at noon were almost an hour wait. Yikes. We paid for our tickets and boarded the ship. They give you a portable audio device with headphones so you can go at your own pace. Each display had a number and if you wanted to learn about that particular display then you press the button and the narrator discusses the area of the ship.  Listening to the former residents of the Midway talk about life on board was fascinating. 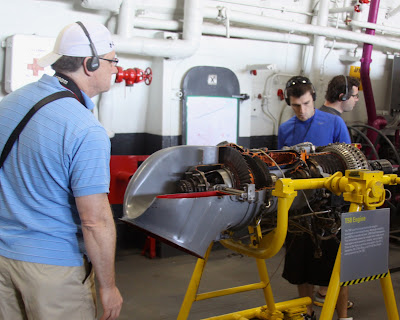 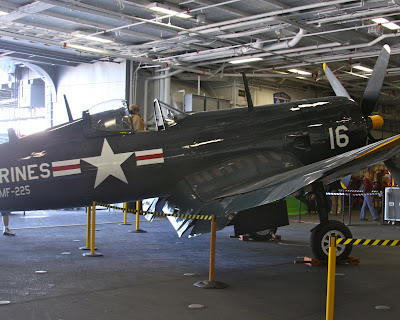 I can’t even begin to explain how big this ship was in person. They could hold up to 60 aircraft below deck and 4,100 sailors lived on board.  Could you imagine being a pilot trying to land on a moving tennis court?  I would die. And on top of that, getting sea sick and having to eat food that tasted like dirt. Yeah, there’s a reason I’m not in the military.
The tour went through all of the main aspects of the ship and volunteers that either served on the midway or ships like her were sprinkled around answering questions and giving short lectures in some areas.
Some highlights:
The Engine Room 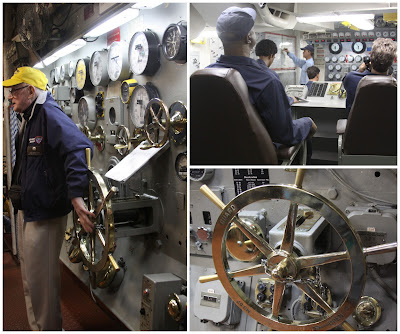 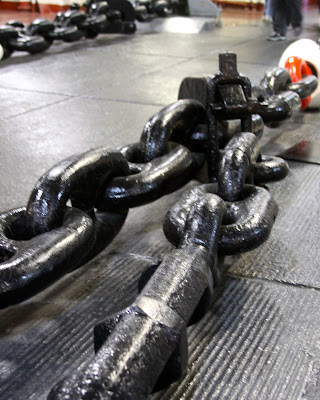 The Sleeping Quarters
(Have mercy! I don’t think a midget could fit in one of those bunks.) 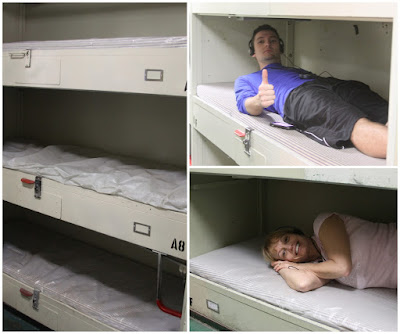 And my favorite, the Flight Deck 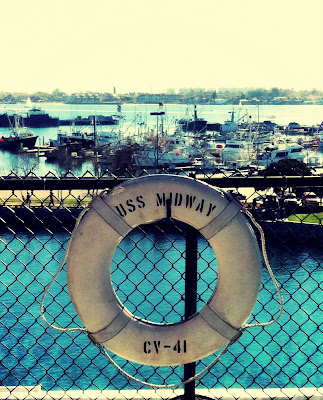 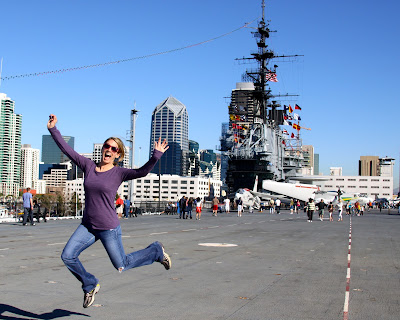 After we left the USS Miday, we grabbed a quick snack at Chipotle and headed back to the hotel. I had to take a quick shower because we were doing our Wurth Women ornament exchange before the big Wurth dinner. Whew. Did you get all of that?
Since there aren’t very many women in the Wurth family, we always get together twice a year to celebrate our awesomeness. This year was crazy and we couldn’t find a time when everyones schedule worked out aside from this trip.  Well, we weren’t letting this opportunity pass us by, and decided to do the ornament exchange in San Diego. Brilliant! Plus, we had to welcome a new member, Toni. Toni and Uncle Chuck were engaged a couple months ago so this was her initiation into the group.
We popped a little bubbly, and toasted to the New Year 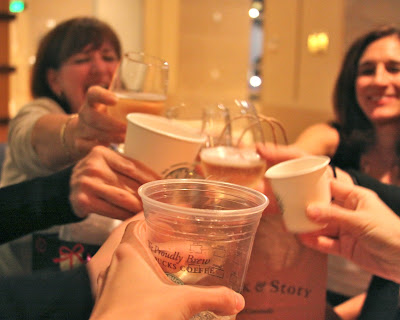 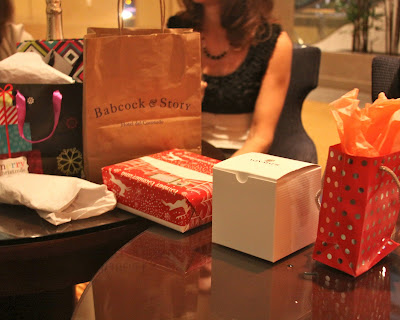 And then we began our exchange. Everyone did fantastic this year! I think my mom gets first prize in the ornament giving. She actually forgot hers in Kansas City and instead of buying a new one she made one from scratch using only items in her hotel room. One wash cloth, a couple Kleenexes and an old bracelet later became a very entertaining and thoughtful gift (I wonder what the maid thought…). 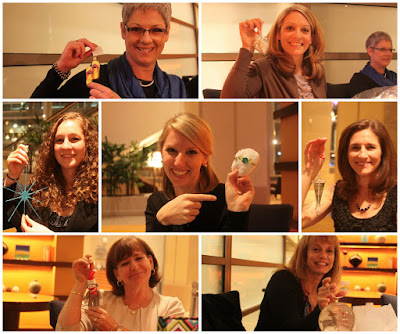 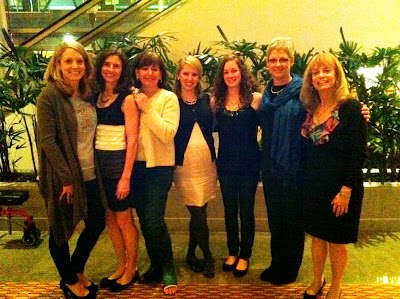 After the exchange, all the Wurths headed to Asti’s for a big Italian feast. 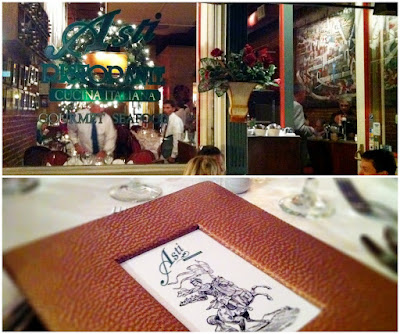 I started with a dirty gin martini with hand stuffed blue cheese olives, and the table shared a couple of plates of fresh mozzarella with heirloom tomatoes and sliced prosciutto. 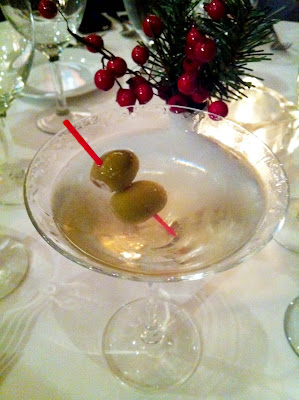 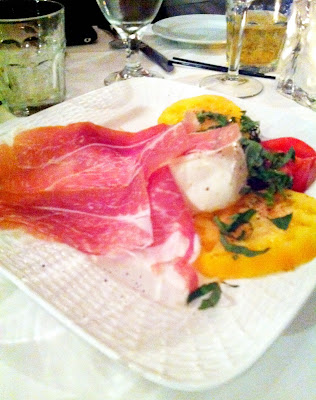 Before we received our entrees, my Uncle Chuck gave a toast thanking my grandparents for all that they do. This trip wouldn’t be possible without them and we are truly blessed they are both still in good health and spirits. 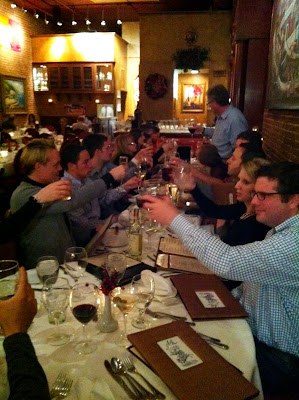 My entrée was pretty standard, but very flavorful. Baked chicken stuffed with spinach and cheese, wrapped in prosciutto.

But the star of the show was Mr. B’s entrée.  Have you ever had squid ink before? What if I told you that it was freaking fantastic? I know it looks like crazy town in a bowl, but the dish didn’t taste fishy at all. In fact, the squid ink gave the pasta a creamy texture with a nice salty bite. I would definitely order it next time! 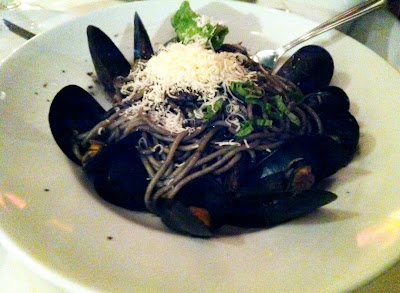 After dinner, we thought about going out, but….sleep sounded wayyyy better. Not sure what is on the agenda tomorrow, but I hear there might be a game of Ultimate Frisbee between the two families. Things could get ugly.
Goodnight!
Family Travel