War To End All Wars

My parents, Mr. B, and I visited the National World War One museum over the holiday break. I am a history nerd so when we were discussing things to do in Kansas City and everyone happened to mention that they had never been to the WWI museum, I knew we had to go. 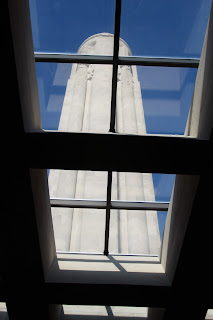 The Liberty Memorial is captivating. The sheer presence of it will leave you speechless. From the views of downtown Kansas City to the feeling of comradery you get while standing on the cement steps over looking the grass fields…you immediately begin to internalize and appreciate what our veterans have sacrificed for this country. 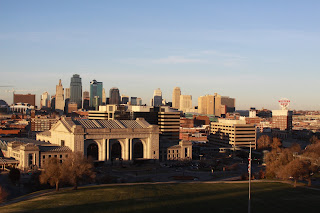 The museum itself is laid out in a circle. You start your tour by walking over a glass floor, where underneath lies a field of poppies. 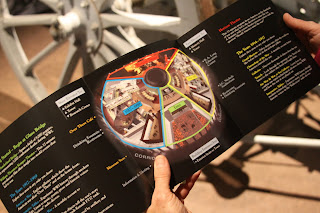 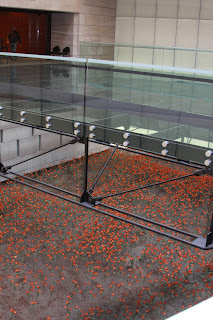 After a brief intro video, you are led into a room were artifacts, pictures, battlefield drawings, and clothing are displayed from the first part of the war.
1914 to 1917.
The cause of the First World War was a combination of many things. Nationalism was a newly formed belief for many countries and the world was shifting from an agricultural based living to an urban sprawl of row-houses and factories. With the development of railroads and the Model-T, people were on the move and markets were emerging. Leaders from different nations knew there was great power and wealth to be acquired in this new world. Thus, the domino’s began to fall.
The assassination of Archduke Franz Ferdinand of Austria-Hungary by the Black Hand set off a European chain reaction of wide spread destruction. Austria-Hungary invaded Serbia, Germany invaded Belgium and France, and Russia, Britain declared war on Germany. Europe was in complete chaos.
Most countries thought the war would be over in a couple of months. Soldiers had no idea that they would be living in a 30 foot deep trench covered in mud for the next five years. Or even consider that a cloud of mustard gas, or a bullet to the head from a machine gun would be their likely death.
The face of war was no longer human. 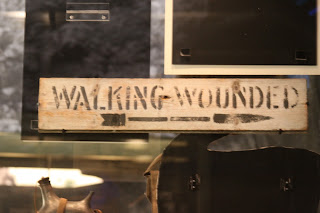 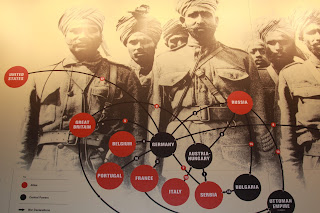 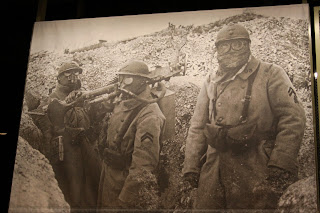 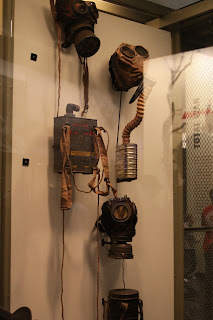 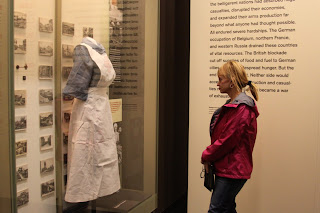 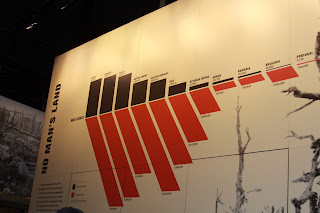 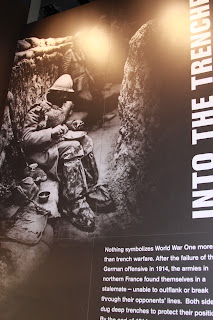 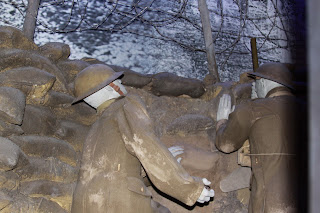 After you completed the display section on the first part of the war, you were led into another video that sets the stage for how the United States entered the war.
1917 to 1918.
At this time Russia had fallen into economic depression and was forced out of the war. The German-Ottoman Powers grew increasingly powerful and were a major treat to the Allied Forces.
I think many Americans forget, myself included, about the first three years of WWI. The U.S. kept out of the war because to us,  it was just a European war. Why should we bother?
After the Zimmerman telegram was intercepted and the thought of Mexico invading the U.S., and the rise of the immigrant voice, President Wilson declared war on Germany on April 6, 1917. 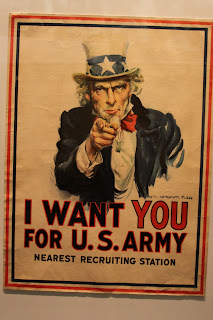 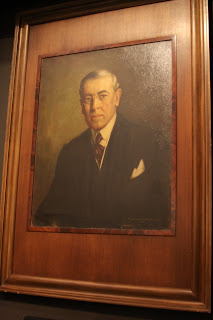 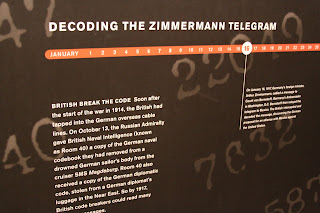 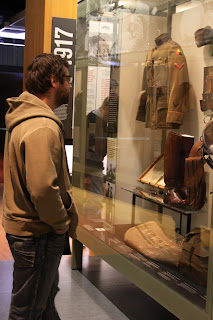 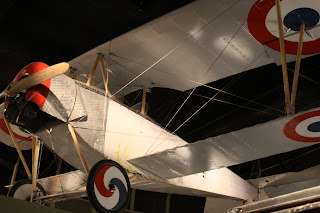 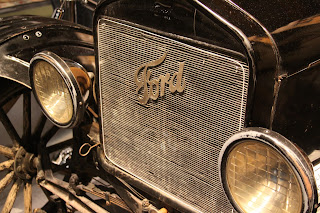 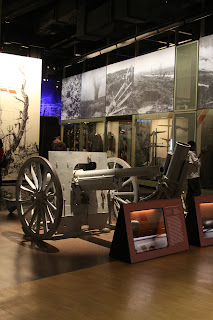 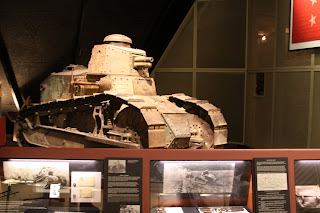 The second display room was intriguing. (Okay, it was more thrilling because it highlighted the U.S…there I said it.) The United States drafted over 2.8 million men and sent about 10,000 troops to France every day for nine months.

The German-Ottoman Powers could not match our freshly sent troops. With Britain and France still holding their line, the Central Power fates were inevitable.

The war ended on November 11, 1918, Armistice Day. Europe was in shambles and territories were lost and gained. 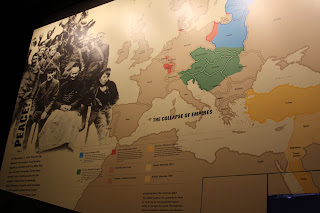 The Treaty of Versailles came five years after the assassination of Archduke Franz Ferdinand. At the Treaty, Germany accepted full responsibility for the war and was asked to pay reparations to certain countries.

America was now a superpower.

The world thought it was finally at peace. But little did they know, that a failed German artist who ran correspondence during the war would rise to power, and turn the world upside down.

If you have not been to see the World War One Museum I highly recommend it. It is a very pivotal point in our history that often gets over looked. Kansas City did a marvelous job on the layout, stories, and documentation.

« Previous PostT-Giving Recap
Next Post » Where Did November Go?

6 comments on “War To End All Wars”