Before I dive into this weekends recap, I wanted to say that my thoughts and prayers go to all of those affected in the Aurora theater shooting. May it reminds us to hold our loved ones dear and pray for those who we have lost.

Our weekend started early. Thursday evening I met up with Listy and Nick for happy hour at the Tavern. This week was super busy between kickball, meeting with an accountant, and catching up with work, I needed a tasty Moscow Mule to wash away all that nasty stress. 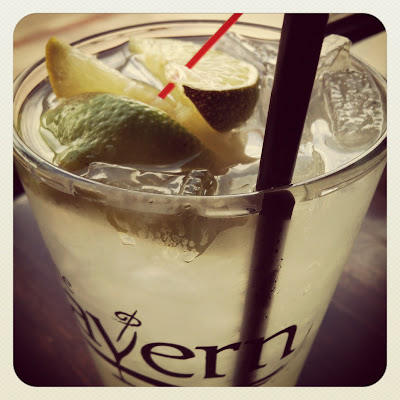 After happy hour we headed to The Burnsley Hotel to attend a fundraising event for Family Tree, a non-profit organization that offers services to families in Denver to help overcome domestic violence and homelessness. Listy, who works for family tree, invited us to the event and it was a lot of fun. The attire for the evening was “speakeasy” inspired. People were wearing everything from flapper dresses to zoot suits, and they even had a jazz band playing. The best part in my opinion, besides raising money for a good cause was the, photo booth! 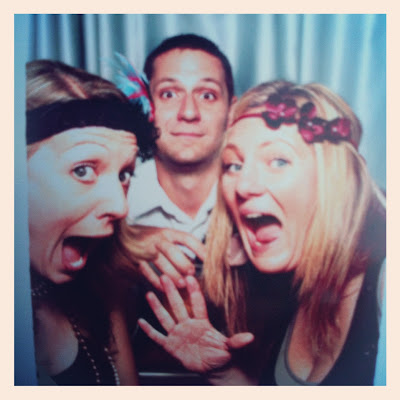 Friday Mr. B and I were a little slow moving from Thursday nights shenanigans. We both ended up sipping wayyyyy too much giggle juice. Ooops! We spent the rest of the day trying to put ourselves back into one piece. Mr. B worked, while I did a little shooting for the upcoming week. Hope you like coconut! 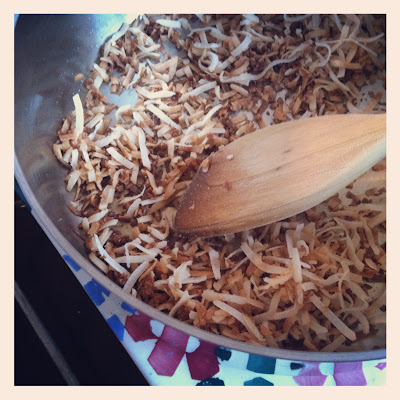 Our Friday evening ended at the race tracks. Every year the Mile High Nationals are held at Bandimere Speedway about 20 minutes away from downtown Denver. Mr. B was invited by a company he works with and yours truly gets to go along. It’s fun to watch the cars zoom by at 300 mph, but the best part was quoting the entire movie of Talladega Nights. Riky Bobby would have been proud. 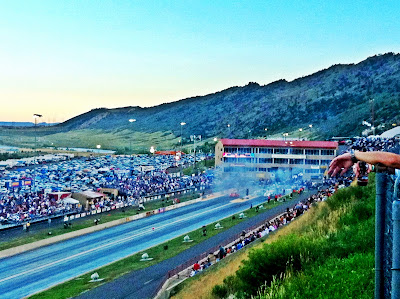 Saturday I was early to rise because I had to knock out 12 miles with Listy. It was FANTASTIC to have my running partner in crime back. We had tons to catch up on, which made time fly!

I spent the rest of the morning and afternoon on the couch resting and working on the computer. Mr. B joined me. Do you think three monitors is a crowd? 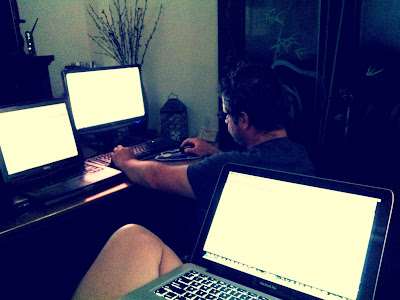 The afternoon quickly passed because before we could say, “Sister Mary Francis”, we were meeting Eric, Jo, Ian, and Jerad for dinner. We strolled to Lucky Pies down the street for some pizza and drinks.  Luckys opened a couple of months ago, but we’ve never been. 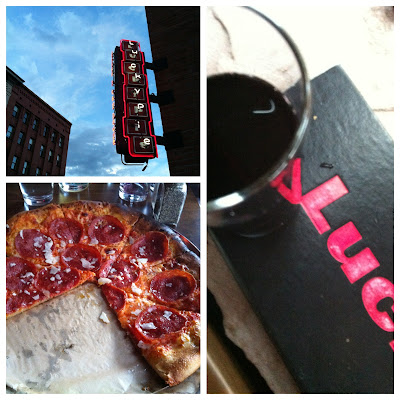 After dinner, we walked around downtown and eventually made our way to the York’s house for some backyard patio conversation. It was still HOT at 11pm!

With another late evening under our belt, Mr. B and I decided to sleep in this morning. I made us a couple of breakfast burritos to get our day started off on the right foot. Oh, and bacon! While Mr. B worked, I headed to the over to the York’s to see what the plan was for Sunday Funday.

Since it was still blazing, hot outside, we 86’d going to Wash Park and decided to buy a couple of small pools for the backyard. Best decision, until it started to rain! 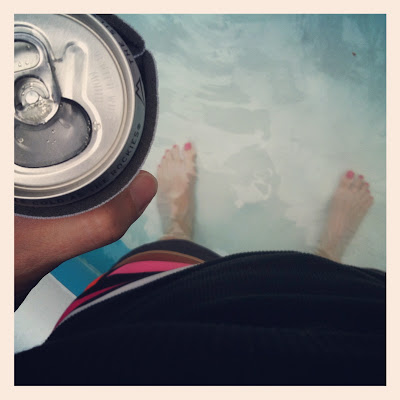 I headed back home after pool time and decided that I was not in the mood to cook. Enter, sushi.

Mr. B and I assumed our Sunday night position: 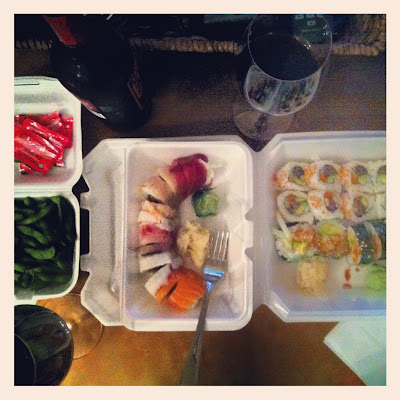 Have you watched The Newsroom? If you haven’t, it’s completely brilliant. I thought it was going to be super left-wing, but it’s really well written and keeps a moderate point of view.

I hope you had a great weekend!

6 comments on “a busy weekend”