How was your Monday?

Did you have the day off? If so, did you relax? Watch old movies? Make chicken noodle soup?

I know that some people had to work today, which I find terribly odd. I figured if the stock market and banks were closed then no one would have to work.  Well, besides the service industry because GOD forbid Starbucks would close.

Anyways, Mr. B and I decided to spend today up in the mountains and get our ski on. Listy and Cook had the day off as well so we loaded up the Jeep and headed west.

We stopped by Starbucks to grab coffee and then next door to a Mexican restaurant for egg burritos. Best 99 cent burrito in Denver. 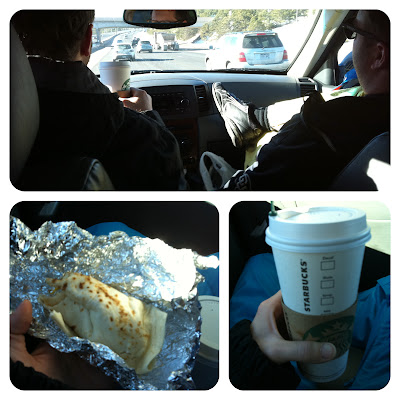 The sun was shining when we left Denver around 9:30am, but once we arrived at Eisenhower Tunnel….SNOW! Thank you Mr. Weatherman for being accurate in your forecast!
We checked the Colorado Snow Report to see which mountain had received the most snow in the past 24hrs and Breckenridge had reported the most. There’s an on going joke about Breckenridge. They always claim to have at least a foot or more of snow than all the other summit resorts. But Cook reassured us that we would have fun, and so Breck it was. 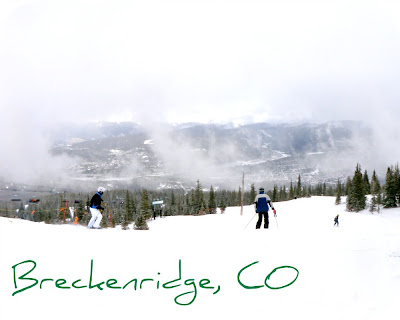 As we pulled into the gondola parking lot, we noticed there were hardly any cars. Weird. Usually on a holiday weekend there are rows and rows of cars. I think the lack of snowfall has really put a hurtin’ on the ski resorts. But that wasn’t the case today because as we were getting ready to head to the gondola it started dumping snow. 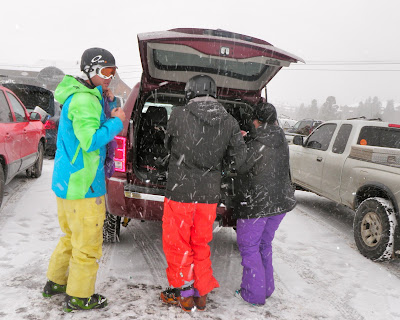 We headed up the gondola to Peak Seven and did a couple of laps to see if the snow was legit. 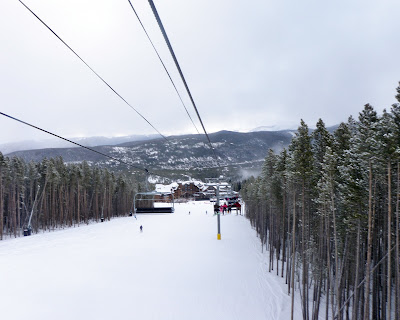 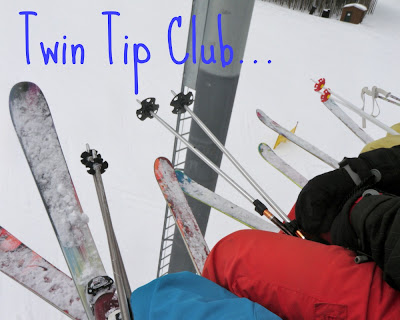 I can even begin to explain to you how nice it was to not ski down a sheet of ice. There literally are no words to describe to feeling of floating on fresh powder. But the best part, my new K2 Missbehaveds are kickin’ some major tookus. I feel much more in control when I turn and now have much more confidence. I heart you K2.

We skied for a couple of hours and then had to head back. Even though it’s January 16th and it was our first true snow day of the year, I had a blast with everyone! 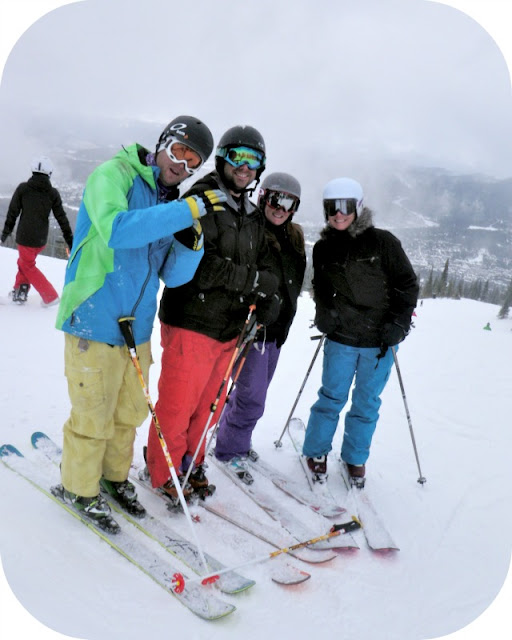 Thankfully traffic heading back to Denver wasn’t terrible. We made it home in about an hour an a half, which is pretty amazing considering today was a holiday.

Once home, I had to finish up a couple of things around the house – laundry, unloading the effing dishwasher, and cleaning our bathroom. Then it was off to Whole Foods to pick up dinner and a couple things for the week.

I honestly don’t think I would survive ski season or most days for that matter without Whole Foods hot bar. I swear they put it there to keep OCD/foodie people like me alive. I picked up chicken tortilla soup with some jalapeno cornbread to go alongside.

Oh, and in case you didn’t know, the only way to eat chicken tortilla soup is from a coffee mug cuddled next to your love on the couch. Trust me. 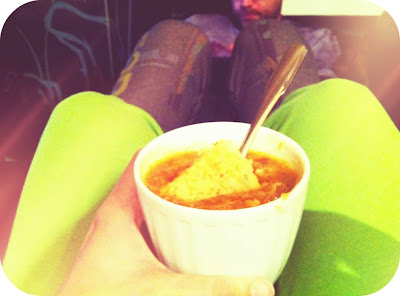 2 comments on “a snowy holiday”