November 25, 2011 (updated Sep 5, 2012) 2 comments »
I still can’t believe that today was Thanksgiving.
In all seriousness, where does the time go? Geesh.  I still can’t wrap my head around the fact that in less a month we will be celebrating Christmas and bringing in another new year.
Can someone please press pause?
Pleaseeeeeeeee?
Besides the fact that life is in overdrive, Mr. B and I had a wonderful Thanksgiving. We started our day of thanks off on the right foot and went for a walk. This was no normal walk because we had a special guest with us.
Scott and Jessica have the best dog on the planet, Gracie, who is a golden doodle and absolutely precious. She loves to go for walks so I asked Scott and Jessica if she could come along and they obliged. 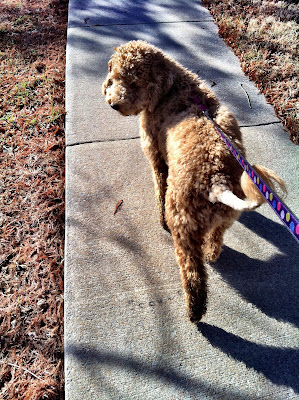 We had a blast walking around the neighborhood, breathing in fresh air and getting the blood pumping before we gobble up tons of food. Gracie makes me want to get a dog, but I know that won’t happen until we have a house.
After our walk, we ate a quick breakfast and started to prep for dinner. 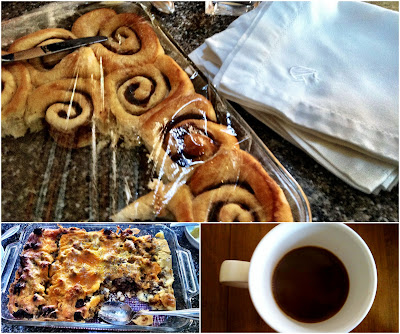 Our plan was to have turkey dinner around 2pm, and Mr. B and I were in charge of making the brussel sprout hash.  Usually when we make this dish it doesn’t take long because I am only feeding the two us, which means less brussel sprouts to chop. But with twelve people to feed, chopping became our new pastime. 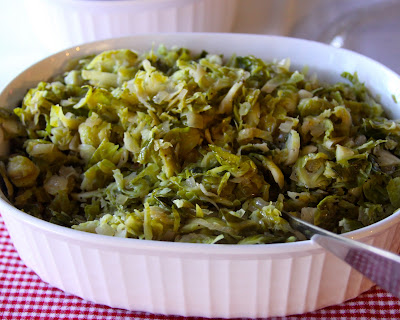 Even though it took Mr. B awhile to chop, the hash was delicious!
Things were just about to come together when the boys were called into action.  What started as an ordinary turkey day turned out to be extra special because some crack heads (no joke) stole a work truck and a trailer filled with tools.  Wichita’s finest found the truck at a crack house and called the boys to go retrieve it while they booked the criminals.  Luckily they were able to find everything and get the truck and trailer back giving us one more thing to be thankful for.  I never thought I would say this, but YAY Wichita PD!
While we waited for the men to return, we played outside with the boys. Gracie played keep away from Gabe and Grayson. Hysterical. They had such a blast running around. Ahhhh….to be a kid again. 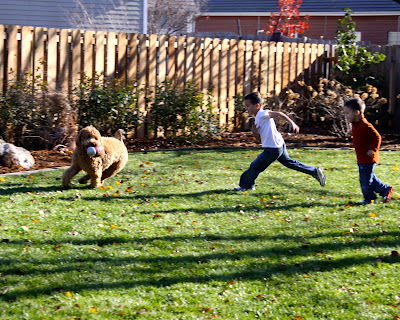 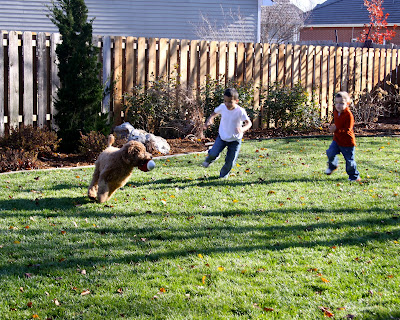 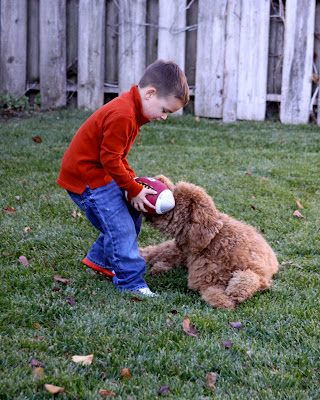 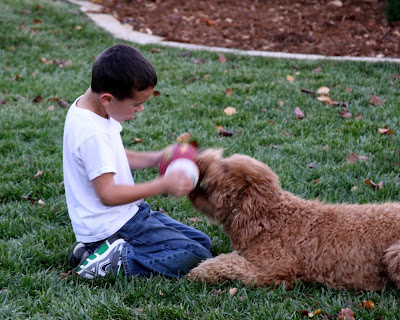 Since the boys didn’t get back until 3pm, Susie and I were left to cut the turkey. Um, this was a first for me. It was quite intimidating. 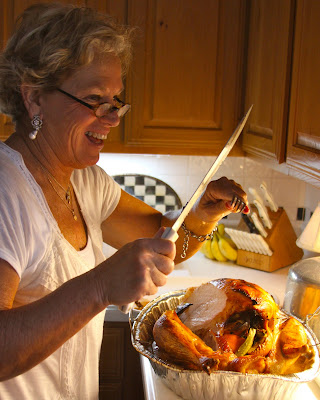 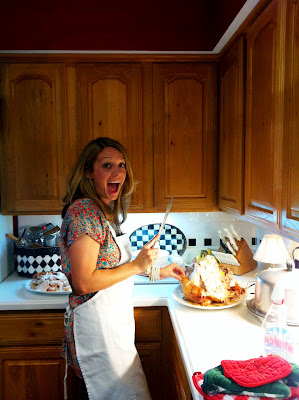 But we managed to get it done and keep all of our ten finger and toes!
Then it was time to eat. We had the usual spread: turkey, mashed potatoes, gravy, rolls, cranberries, stuffing, and assorted pies. 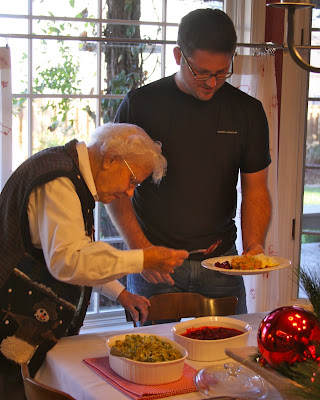 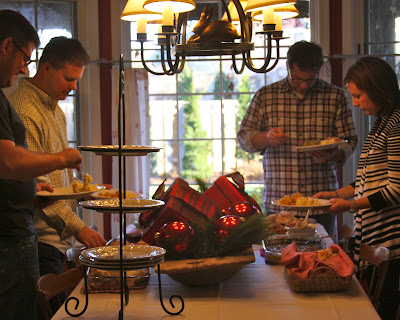 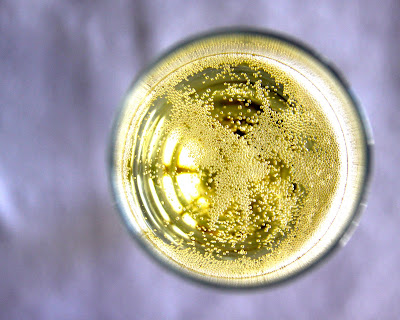 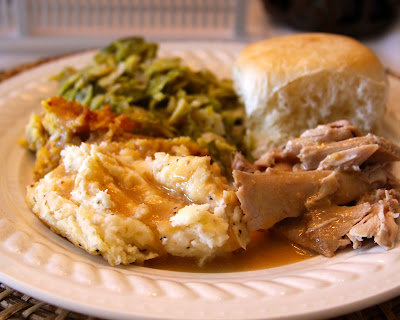 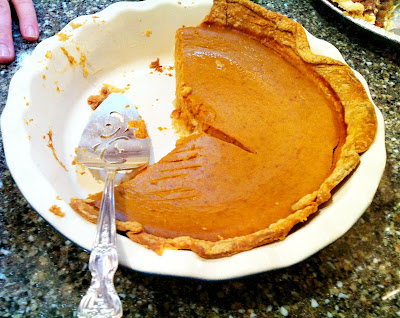 I think we ate dinner in record time because we were all starving! As soon as we were done, we headed back outside because Kelly asked me to take some pictures of their family.
So cute! 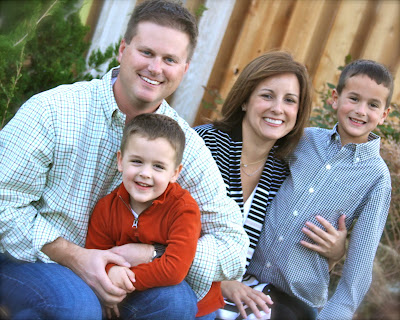 Then the boys were back to playing keep away with Gracie again. 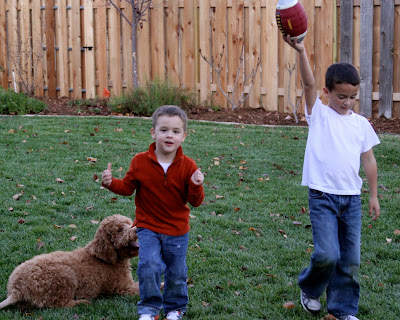 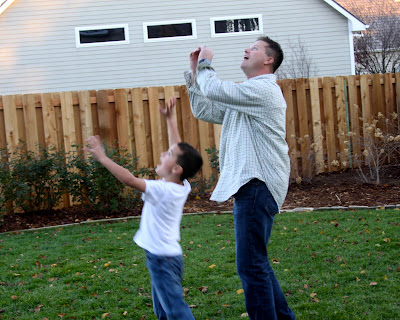 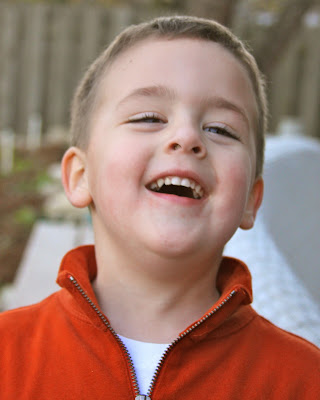 Gabe had a few stains on his jeans, and I told him that someone in New York would probably pay $500 for “stained” jeans. He thought it was amusing. 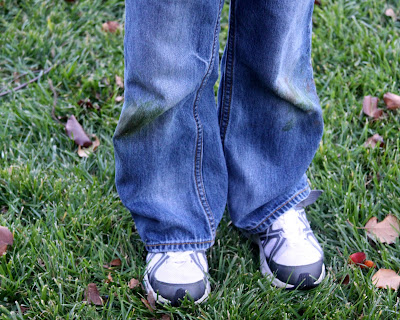 Once the sun began to set, we headed inside to watch Gold Rush. Do you watch this show? Highly addicting.
And that my friends, was our Griswold Thanksgiving. Besides the truck hiccup, it was a fantastic day.
Happy Thanksgiving!
Thankful Challenge: Day 24
Today I am thankful for family because life is all about being surrounded by the people you love.
Family Holiday Thankful Challenge Travel