Last night Mr. B and I watched the series finale of Mad Men.

To say I luvvvved this show would be an understatement. The writing, clever. The clothing, stunning. The cast of characters, brilliant. Roger Sterling was hands down my favorite character on the show. His one-liners would slay me! Plus, he was definitely a silver fox. Did you see his spread in GQ? Total hottie. Even though the finale didn’t hit a home run with me because Don will never change and Pete is still a douche bag, but at least Roger was able to deliver one last line that was flipping hysterical. If you watch the show you know what I’m talking about… 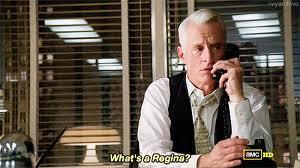 Classic. Roger you will be missed.

Moving on to more brilliant and fun things! Tonight was our second kickball game. Okay, I didn’t realize this until after the game when Listy said something to me about the name of the opposing team. We played Norfolk-In-Chance. Sounds lame when you just read it, right? Well, say it out loud three times fast…do you get it? It took me a minute for it to click. I blame the blonde hair. 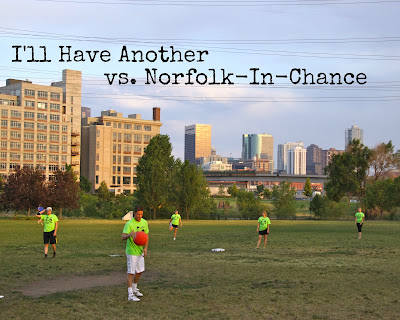 The first inning was no bueno. We were the home team and apparently not awake enough to play defense because they scored two runs.

Thankfully our funk didn’t linger and Max kicked a giant home run to get us fired up and back in the game! Run Home Max! Oh, wait. That’s Home Run Max! 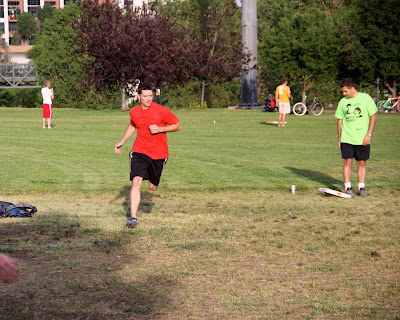 The next few innings our balls were on fire! We gave ourselves a pretty decent lead going into the home stretch. 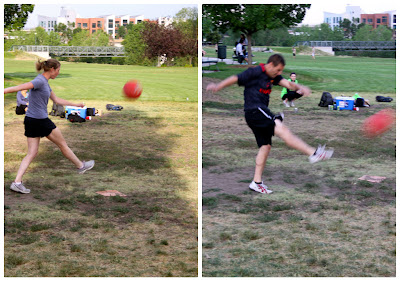 But things almost took a turn for the worse when Mr. B collided with an opposing player at second base. As soon as they hit, it was a straight up West Side Story reenactment. Both teams raced to the scene ready to throw down. At first, everyone thought the guy was hit in the head by Mr. B’s knee because he was rolling all over the ground and grabbing his head. Turns out, the guy was being all theatrical and nothing was wrong. For reals? All I can say is, Drama Queen. 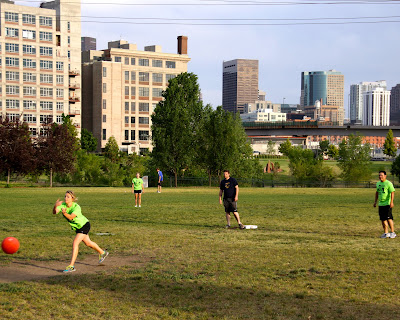 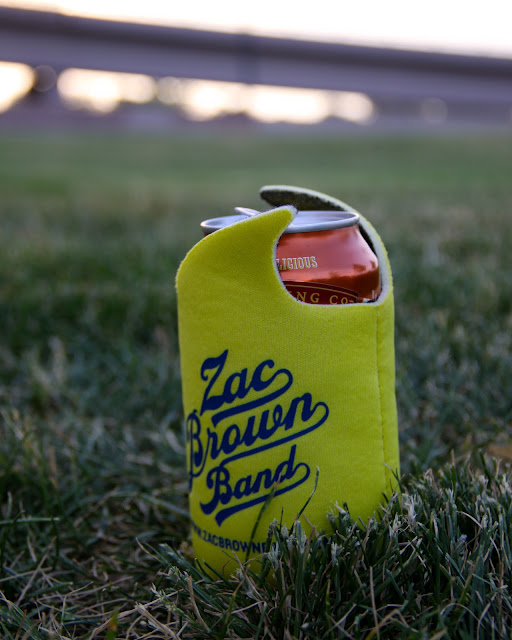 « Previous Postchicago marathon: week one
Next Post » thursdays are for…