Alright, I have to ask.

Do you by chance unintentionally look at the clock at the same time everyday? 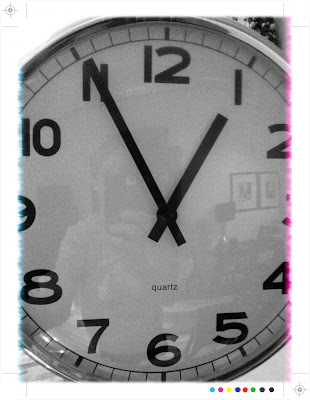 I kid you not, everyday for the past month when I glance at the clock it would be either 11:11am, 1:11pm, or 11:11pm.
Weird, right?
Please tell me this happens to you because my mind has started to think some crazy thoughts. What if the ancient Mayans are trying to relay information to me through numbers about the end of the world? What if they are trying to tell me the world is going to end later? Or worse, sooner? AHHHH!
Okay, it’s probably just a coincidence. But I was curious as to what other people thought and decided to search the “internets” for answers. You would not believe the amount of people who said Angels are trying to communicate with me! I don’t know, what do you think? It’s sounds a little far fetch to me.
Moving on.
Work is about to get CRA-zy. People are slowly starting to sober up about their Christmas spending and realizing that maybe instead of giving Johnny a BMW that they should have saved money for taxes. I only wish I was kidding.
My work outfit for today was inspired by the alma mater. Hello, it’s a Wildcat Wednesday! The men’s basketball took on the Texas Longhorns tonight and surprise, surprise they won! 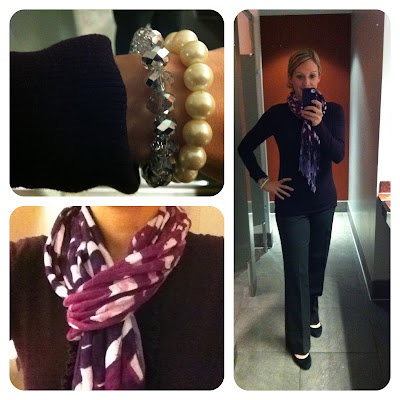 Purple sweater: Gap
Gray pants: Express
Black shoes: Gianni Bini
Silver and Pearl bracelet: Dillards
Purple scarf: Banana Republic
I debated whether or not to run after work, but once I stepped outside and was almost blown over, I decided to pass. The wind gusts today were almost 30mph! Yikes. Since I would rather pound dirt than run into a head wind, I did my next favorite thing and went to World Market. Love this store. From their excellent prices on wine to funky flatware to chic household decorations, I’m surprised I don’t live there!
I picked up a few things… 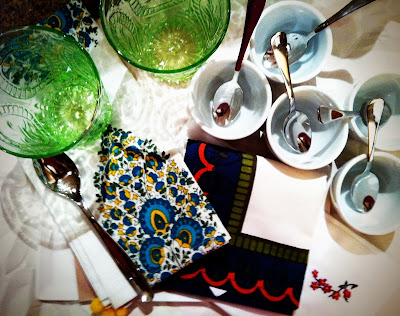 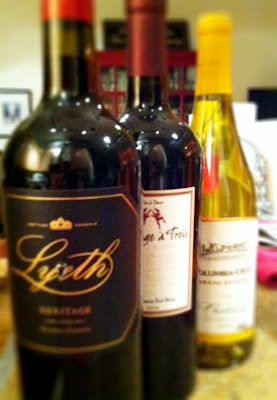 After my errands, I headed home to meet Mr. B. We were attending the Avalanche game at the Pepsi Center with a a bunch of his co-workers. Can you believe I have only been to 1 professional hockey game in my life? Yep. The first hockey game I ever watched was in Chicago. I saw the Chicago Blackhawks take on the Minnesota Wild. Luckily one of my colleagues at the time played hockey so he explained some of the basic rules to me. I guess it’s played somewhat like soccer?
Besides not having a damn clue as to what was going on, the game was surprisingly a lot of fun! 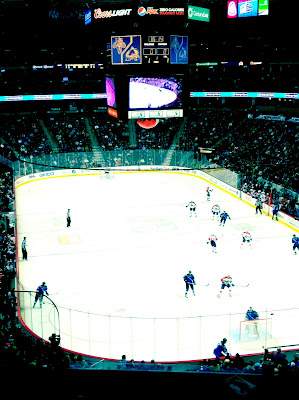 We chatted with Mr. B’s co-workers over some beers.
Nothing screams ice hockey like an ice cold beer. Brrrrrrrrrr. I didn’t realize how freakin’ cold it would be inside the Pepsi Center. Mr. B looked at me after I made that statement and said, “Yeah, it’s ice.” Thanks captain obvious. 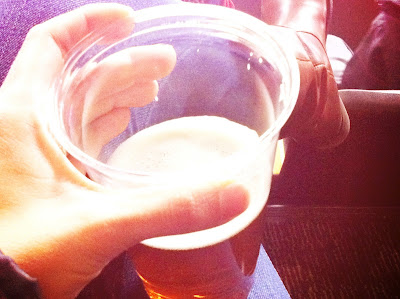 After three periods, the game went into sudden death. The word on the street is that this Avalanche team is young and inexperienced. Well, you could have fooled me. They ended up beating the Florida Panthers! 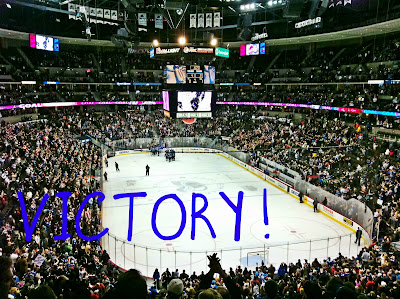 Today was a long day.

I am going to face plant into my bed. See ya!

5 comments on “time will tell”