December 13, 2010 (updated Sep 9, 2012) 0 comments »
When its 60 and sunny in Denver and there’s a winter storm warning in the mountains, why not choose the mountains.  So, Listy, Max, AC, Mr. B, and I headed west for another fun filled weekend.
First stop, Keystone (Yeah, back there again).  Listy is due to give birth any day. Obviously she wasn’t going to be shredding it up in the park so we killed some time at the outlet mall and did some Christmas shopping while the boys made a few laps.
The weather wasn’t “bad” when we arrived in Silverthorne,  and it looked to be clearing up.  No worries.  We should be over the pass before the storm settles in, right?  Um, NO!  It was about 6:30pm when the boys called it quits.
By then, it was like THIS:
Ramp to I-70, closed. 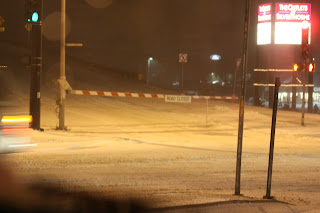 We thought we were going to have to stay the night in Silverthorne so we drove around to try and find a place to grab some grub. We checked CDOT every minute to get an updated report on the roads. Luckily, when we trolled back by the on-ramp, not more than five minutes later, the gate was up. The mad dash began.
With big fat heavy snow coming down, we forged on. We had to make it to Vail. The drive was fine for about 15 mintues, slow and steady, but as we arrived to the top of Vail Pass, we came to a complete stop.  A single line of cars formed along the snow packed highway. And I had to pee…
After about 15 minutes we made it to Vail Pass and had to make a pit stop.  Doesn’t this place look like a scene from the Shining?

After we were done, we got back on the I-70. Literally, as we merged onto the highway a patrol cop came right up behind our bumper. We were the last stragglers on the highway.
We made it safely to Vail and met up with some friends for pizza and beer in the Village. The Snow Daze concert series was going on this entire weekend with free shows from O.A.R and Weezer. Which I am sad to announce we did not attend!
But,Vail is really pretty during Christmas. 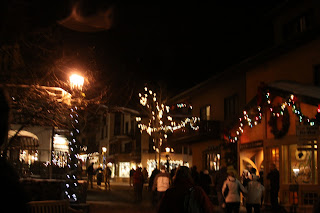 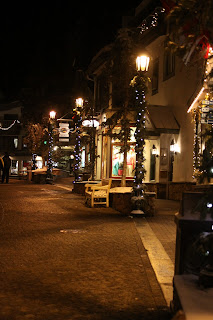 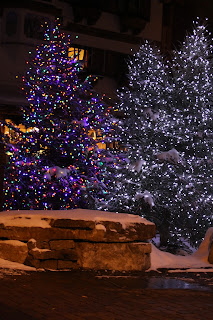 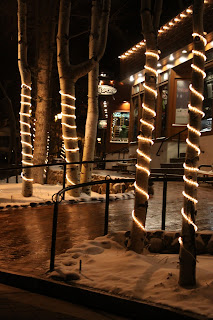 ***
The next day we woke up in a haze, but the boys were crazy excited and immediately took off for Vail. They had reported 9 inches of fresh snow over night. Sweet!
While the boys ripped it up in the powder… 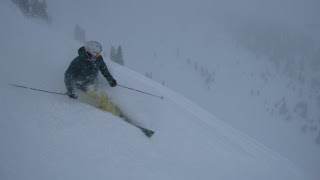 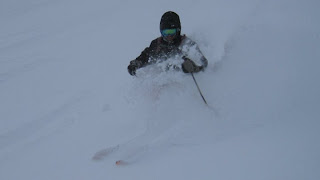 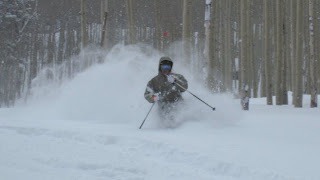 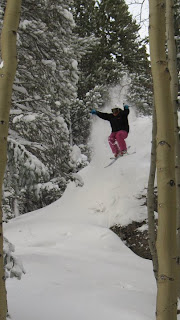 (AC, Mr. B., Max and Nick in order)
…..Listy and I spent Saturday relaxing. We ate breakfast burritos from our favorite bakery in Avon, watched 90’s movies, and embarked on more Christmas shopping.
I managed to squeeze in a couple of winter wonderland pictures in between. Snow is so delicate in the mountains. 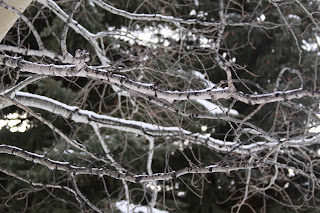 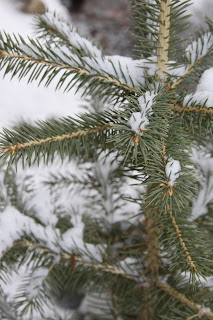 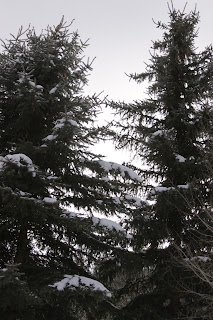 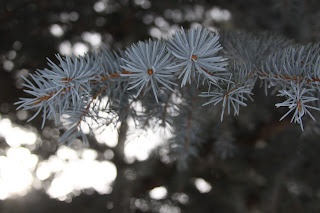 I guess you could say we took the winter storm warning by the balls.
Denver Village High Country Snow Skiing Travel