Um…I’m not quite sure where to begin.

A lot of things have happened in the past 48 hours.

The fact that I am sitting here typing this post while attempting to eat a large piece of celery should give you some indication.

What is it about St. Paddy’s day that causes all of our boundaries to be lifted? I mean really, do I need to eat fried pickles and nachos, and then wash it down with a Bloody Mary or cool, crisp beer? Is this where you say when in Rome? Yeah, let’s go with that because things could get real ugly.

As I mentioned on Thursday, we headed to up to Winter Park with the Lehman’s on Friday night. Listy won a free two-night stay at Winter Park Resorts and was nice enough to invite us to tag along.

The hotel was a little tricky to find when we rolled up because the email they sent Listy explaining where we were staying didn’t have any directions, just “Founder’s Point/Crossing.” (Note to Winter Park marketing: if budget is tight just send a hand drawn map…we won’t judge).

We obviously found the condo and the room ended up being right across the street from the village (not to shabby). The room was fantastic – bigger than our loft with all the modern features. High Five Listy! 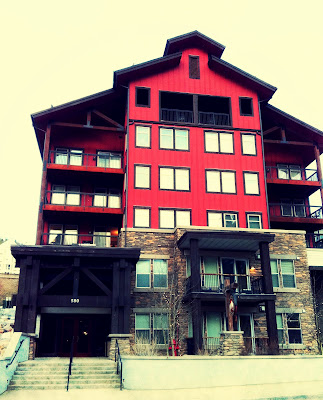 Since we looked for this place for a good 20 minutes, we worked up quite an appetite. Rather than get into the car again and driving into town for dinner, we decided to check out the village.
The first restaurant we spotted was the Cheeky Monk. Sold! 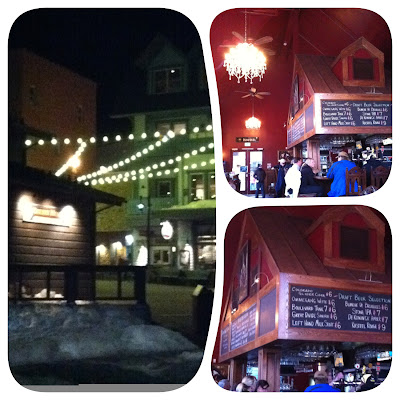 I loved the ascetics of this restaurant – rustic with a hint of feminine charm from the hanging chandeliers. Since it was a Belgium pub, we decided to start with some of their beers.
The boys had Boulevard Tank7 straight from Kansas City! 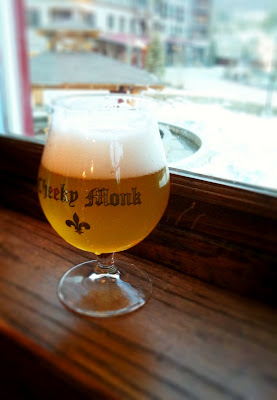 While Listy and I took the sampler path. My favorite was the Samuri because it was the perfect balance between a dark and light beer. 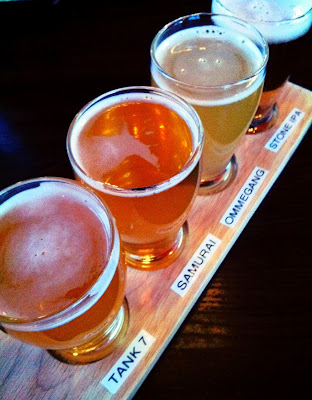 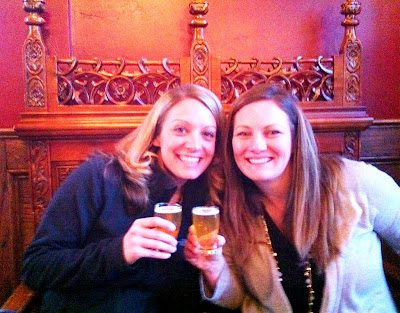 We ordered fried pickles and bruschetta to share. Have you ever had whole pickle spear fried? Yeah, me neither, but they were darn tootin’ good. 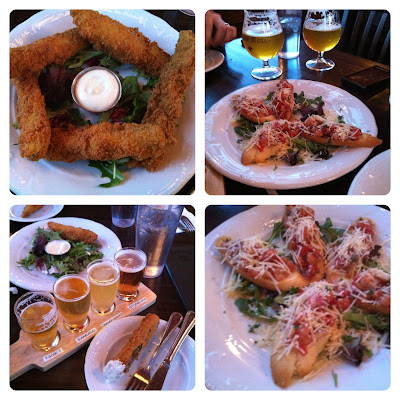 Continuing with the “when in Rome” theme, I ordered the chicken sausage brat with sauerkraut and lemon aioli dressing. Freakin’ delish. Oh, I will give myself a pat on the back for ordering a side salad instead of fries. 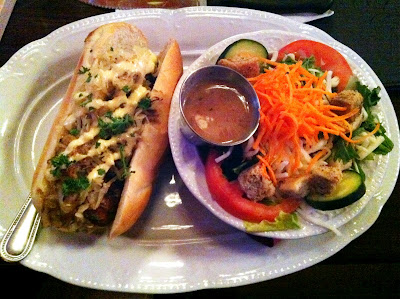 After dinner we hung out at the condo and watched some of the NCAA tournament games. Can you believe Missouri and Duke lost? Crazy.
Saturday we all slept in and decided to watch the K-State game at the condo since it was at 10am. Listy and I grabbed breakfast burritos, Bloody Mary mix, and coffee to have while we watched the game.
{Side note: Could someone please tell me how to brew the secret potion where you get to wake up every morning and sip coffee while staring at the mountains? That would be great. Thanks.} 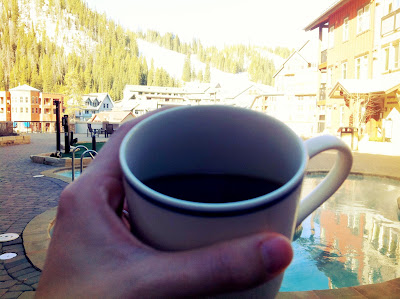 Okay, I am not going to even talk about the game. All I can is… 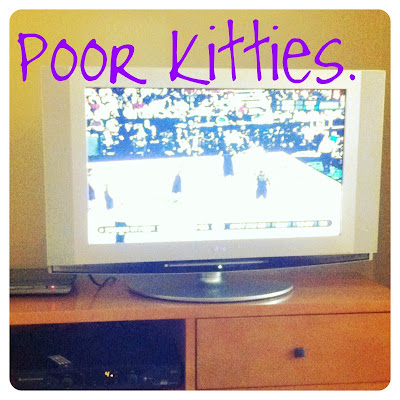 Once the game was over, we put on our ski gear and hit the slopes. For those of you that don’t ski often or even ski once a year, this has been the worst ski season in the past 100 years. There hasn’t been any snow in two weeks and its barely been below freezing most nights. It sucks, but what can you do. 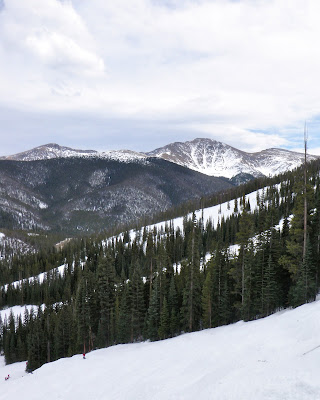 The only good news about spring skiing is spring corn! That’s the fun stuff that feels like fresh snow but is really just the old stuff that isn’t quite slush yet.  It did get a little squishy later in the day, but at least it wasn’t a sheet of ice. 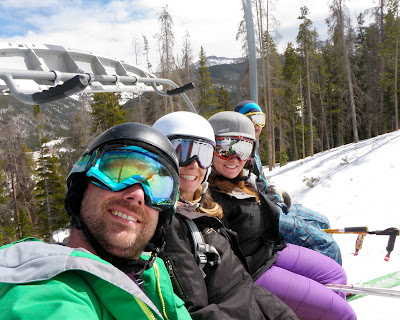 We skied for about two hours, and then decided to head in. But not before I took a picture of me in my favorite t-shirt – “Kiss Me, I’m a Wildcat.” 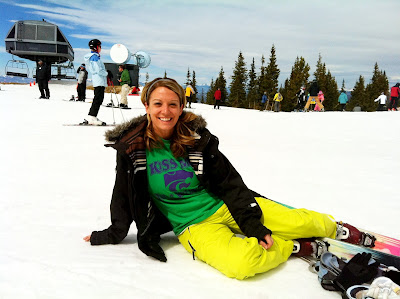 Next up was the Derailer for a little apre ski in the sun before heading back to Denver to hang out with the rest of the village for St. Paddy’s Day. 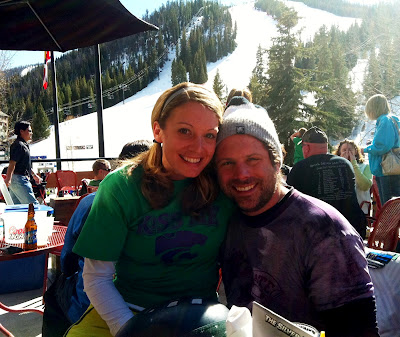 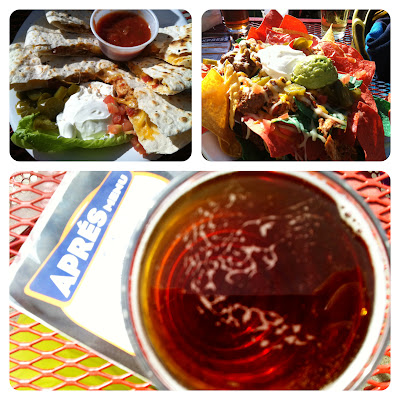 We made it back to Denver around 7:30pm and were able to meet the village at Fado’s Irish Pub. This place was bananas. There were three huge tents with live bands and beer flowing everywhere. It was $15 to get in which sucked, but if you were there all day, I could see where it would be a deal.  Well, maybe not quite a “deal” when you factor in the $10 beers. 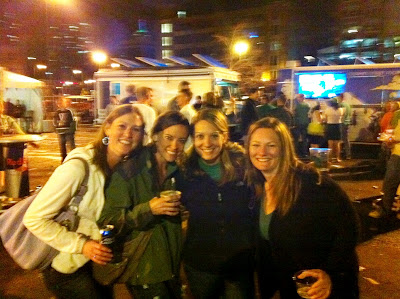 We left Fado’s and strolled down the street to Herb’s for a more chilax vibe. Herb’s is a great dive bar in Denver with local bands and cheap drinks. I dig it. Word. 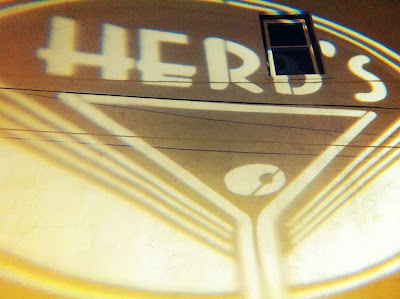 As you could imagine there were crazies everywhere. But my favorite of the night was this shirt a guy was wearing.
A little green humour if you will… 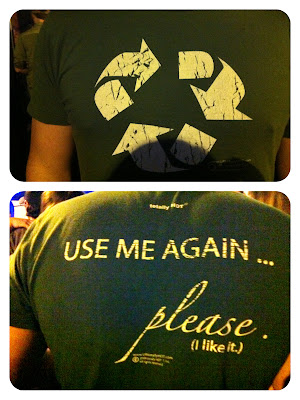 Things got a little fuzzy after Herb’s.
I’ll leave it at that.
“Babe, could you toss me another celery stick? Thanks.”
{crunch.}
Colorado Denver Village High Country KSU Snow Skiing Travel

5 comments on “an irish weekend”