Mr. B and I went to the Bronco’s game this afternoon. 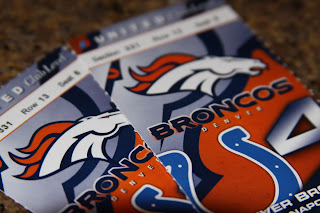 We have lived in Denver for three years now, and have not been to a Bronco’s game once. It seems crazy, but considering that I am not a Bronco’s fan, more of Chiefs lover, they actually run a pretty decent show at Mile High Stadium. 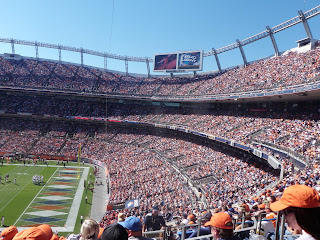 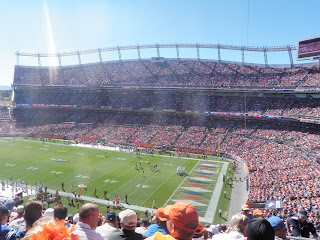 The Bronco’s played the Indianapolis Colts. Not going to lie, it was pretty amazing to watch Peyton Manning play….he is really that good. 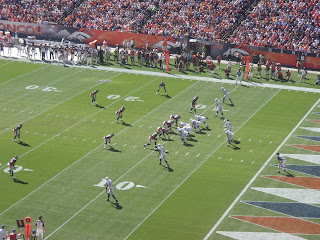 Anyways, Mr. B and I had good time. We definitely got some sun! Being on the east side of stadium for an afternoon game…whoa, baby. We felt like two turkey’s roasting in an oven. 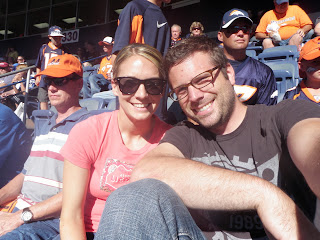