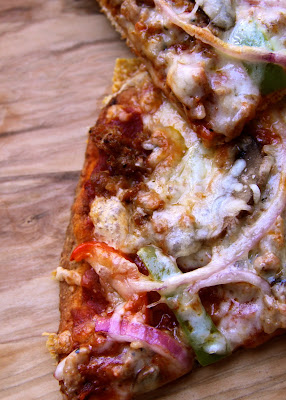 In case you were wondering, I did end up having pizza for dinner last night.

It was simple and fantastic.

Let me tell you about it real quick, mmmkay?

Recently, I’ve had a serve addiction to Naan bread. I think it blows pita out of the water and dare I say, it makes pizza crust blush? (Shhh…just pretend I whispered that last bit of information in your ear. No one else needs to know.)

Naan is an Indian flat bread that has a chewy texture. It’s typically made in a clay oven but given that I don’t own a clay over, or know an actual Indian (with a dot not a feather) to help me make some from scratch, store bought Naan is the way to go! 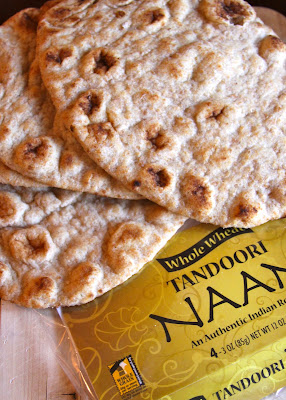 On to the pizza.

Preheat oven to 400 degrees and line two baking sheets with foil. Spray with Pam to prevent sticking. Store bought Naan usually comes with four pieces so place two piece of Naan on one of the baking sheets.

Then start layering your ingredients. 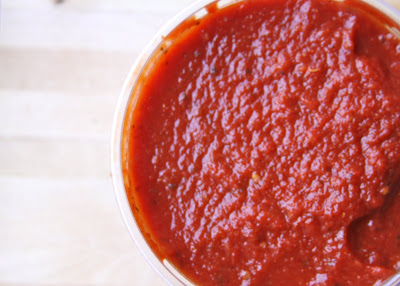 I used store bought pizza sauce because I am lazy, and the extra ten minutes it takes to make homemade pizza sauce sounded daunting. I ended up making a supreme pizza by adding pork sausage and an obscene amount of veggies. 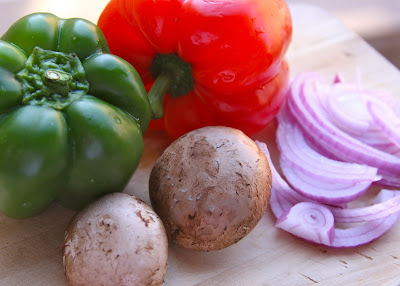 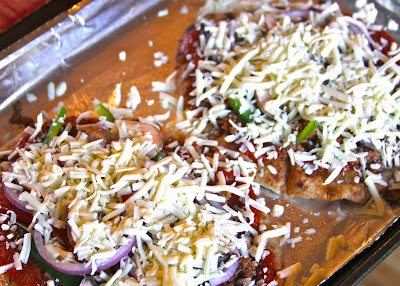 Into the oven for 20 minutes. 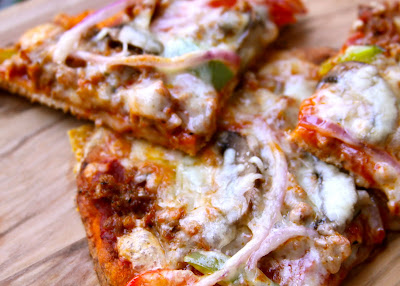 When Naan bakes at a high temperature it becomes crispy and chewy. Along with the oozing cheese and tender vegetables, this pizza makes me weak in my knee’s.

I devoured my Naan Supreme Pizza with a glass of red wine while I shopped online at CB2.

I live a dangerous life.

Directions:
Preheat oven to 400 degrees. Line two baking sheets with foil and spray with Pam to prevent sticking. Lay two pieces of Naan on one of the baking sheets. Top Naan with pizza sauce, pork sausage, vegetables, and cheese. Bake for twenty minutes.

Cool slightly and enjoy with your favorite glass of vino. 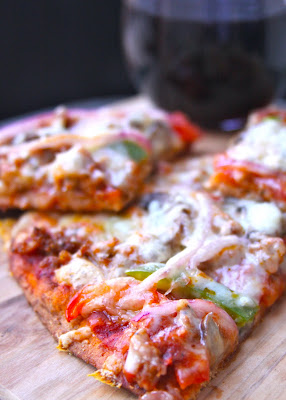