Mini Bacon Spinach & Artichoke Challah Bread Puddings are the perfect side to dish to add your Easter menu! Buttery challah bread tossed with bacon, spinach, artichokes, and cheese. Bake until crisp and golden, and ready in 30 minutes! 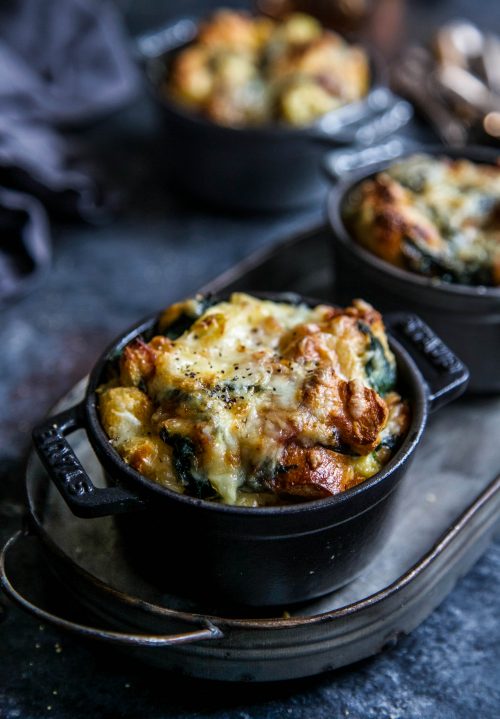 I haven’t even thought about it.

You know that certain holiday that burps up during spring. Ehem, Easter. I feel kind of bad. As a kid, I was more present and engaged in the whole Lent process, Palm Sundays, and of course, Easter. In fact, my parents used to take my brothers and I to the three hour Easter Vigil the night before Easter Sunday because my parents knew that getting three teenagers up for 8am Sunday mass wasn’t going to happen. Parental units are so smart. 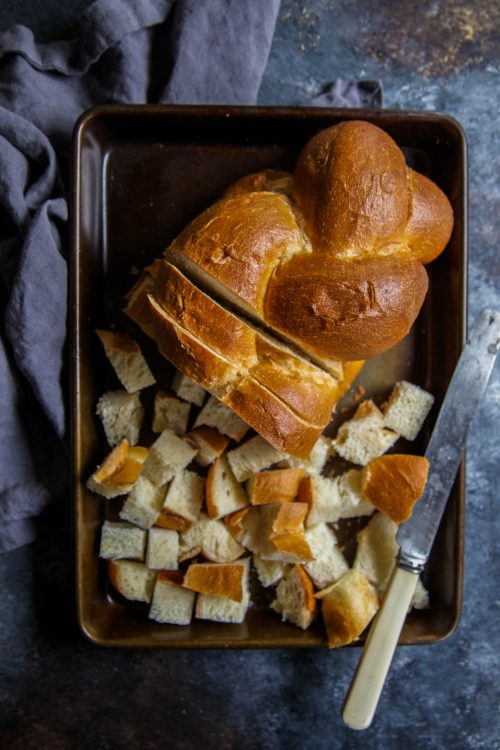 Now as an adult I feel like Easter just comes and goes. I might have to make Mr. B an Easter basket this year and dye some eggs just because. Come to think of it, Mr. B has an Easter bunny costume we may need to break out! Too much? 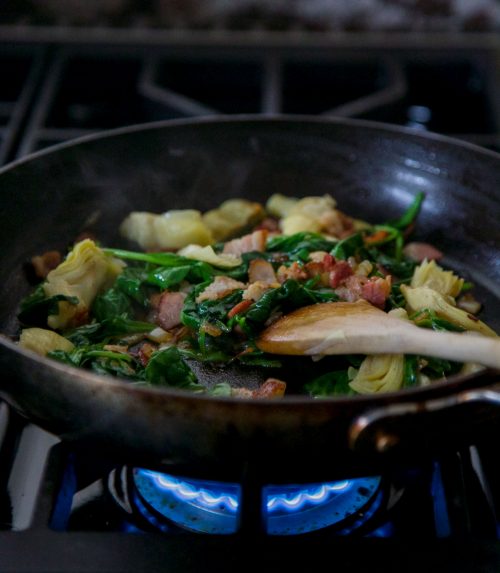 Well, however we decide to celebrate, I plan on making a big feast. You know that my special coffee rubbed prime rib will make an appearance along with some deconstructed pork belly deviled eggs. But! Like anything I always like to invite a new face to the PAR-TAY. I have a major crush on bread puddings at the moment. Yes, sweet flavored bread puddings will always be a staple, but y’all know me, which is why I went the savory route. 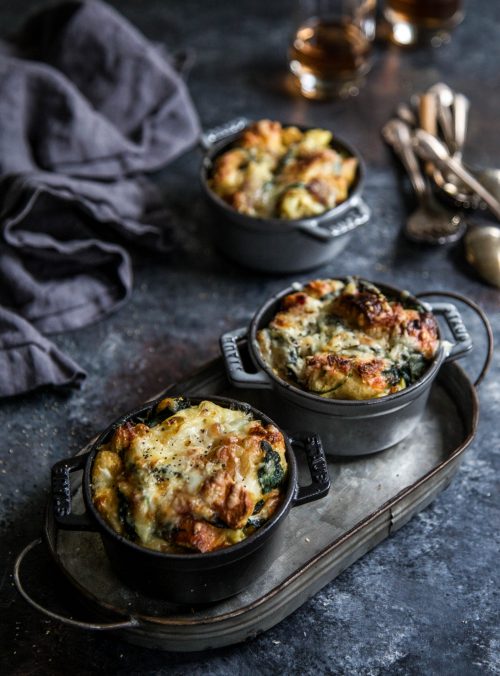 Meet the newest member of the savory pudding club: Mini Bacon Spinach & Artichoke Challah Bread Pudding. The title does sound like a mouthful, but I assure you this dish is easy to prepare. Toast some challah or any day old bread, saute bacon and spinach, toss everything (don’t forget the artichokes!) together in mini ramekins, and BOOM! Savory bread pudding ready to go for the big Sunday feast.

Now, where did Mr.B put that bunny costume….. 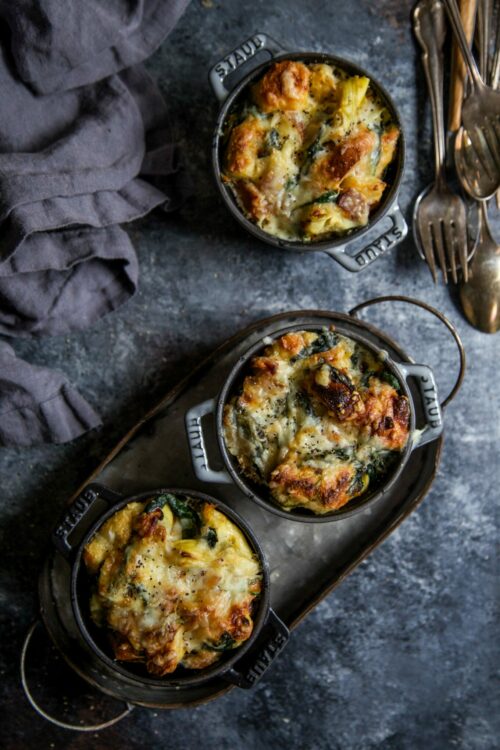 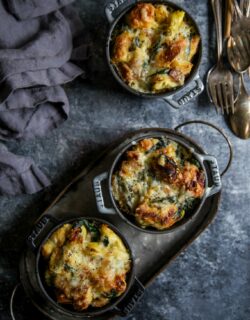 salt and pepper to taste

Preheat your oven to 400 degrees.

Place the challah cubes onto a baking sheet and spread into an even layer. Bake the cubes for about 8 minutes or until toasted. Remove from the oven and set aside.

In a large skillet preheated to medium high heat, add the olive oil, yellow onion, bacon, salt, and pepper. Cook the onion and bacon until slightly crispy. Next, add in the spinach and artichokes. Cook until the spinach has wilted and remove the skillet from the heat.

In a large mixing bowl, combine milk, stock, whisked eggs, bacon-spinach-artichoke mixture, and 1/2 cup mozzarella. Toss the challah cubes into bowl making sure everything is well coated. Next, spray four to five (7-ounce) ramekins with cooking spray. Divide the bread pudding between the ramekins and then top each ramekin with some of the remaining 1/2 cup mozzarella. Place the ramekins into the oven and bake for about 15 to 20 minutes or until golden brown. Enjoy! 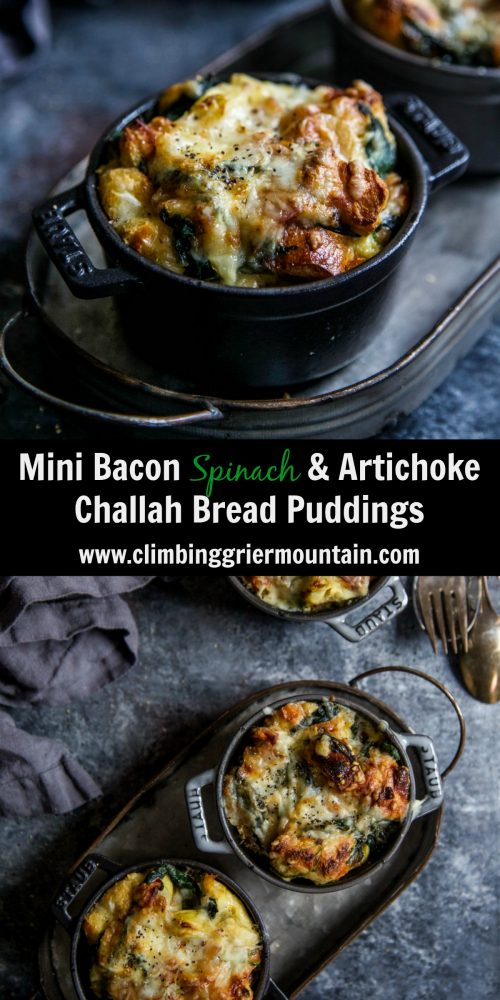