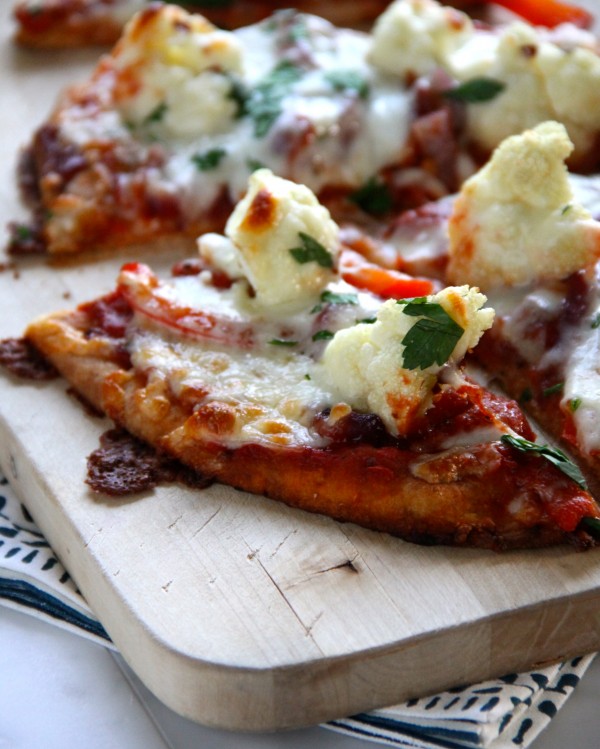 Is it me, or is cauliflower the red-haired stepchild of the veggie world?

Foremost, it’s a plain white veggie, not a sexy green color like cauliflower’s  older brother, broccoli. It’s also kind of pain to cut up- all those florets, and the plastic wrapping it comes in. YIKES! Who thought that wrapping a white vegetable in plastic was a such a brilliant idea?  No wonder people only eat cauliflower when served on a veggie tray drenched in gobs of ranch dressing. 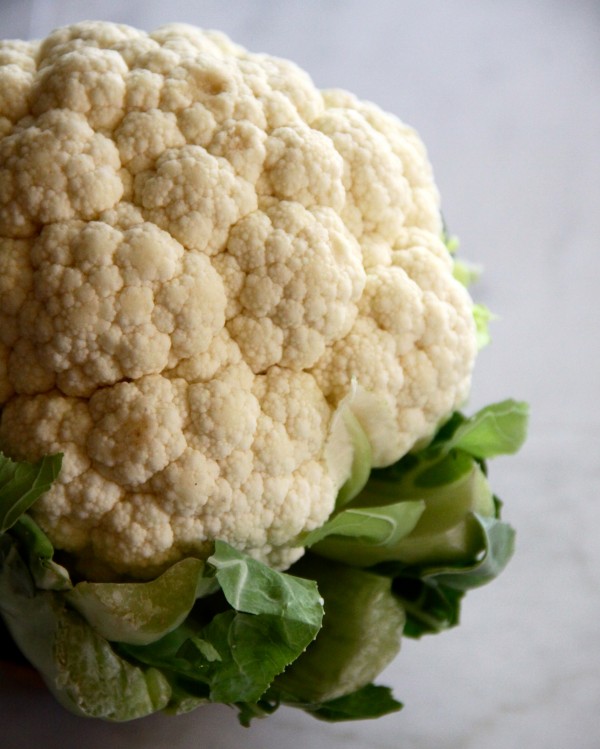 “Move over, brussel sprouts.” “Sayonara, asparagus.” “Hasta la Vista, kale.” Cauliflower and I are about to throw down, pizza style.

That’s right. We’re about to get ridiculously cheesy, all sorts of marina-ry, and caramelize-y up in here. We’re taking veggie pizza to a whole new pie level. 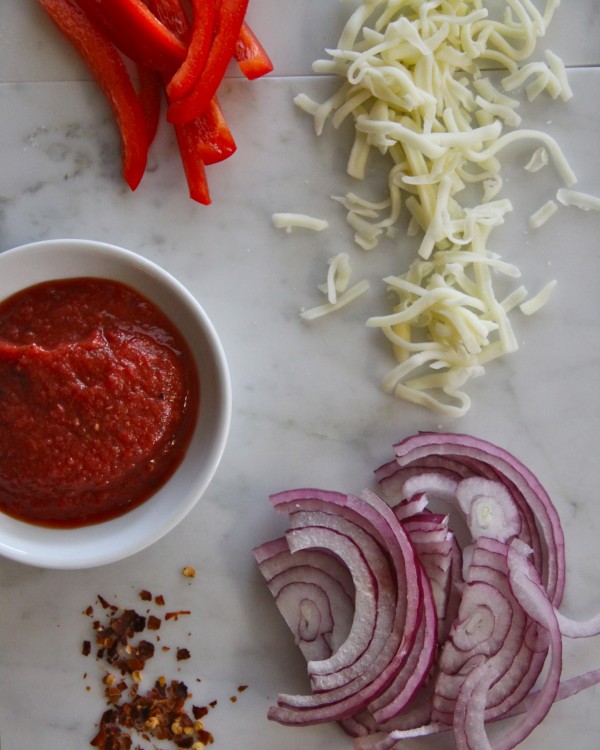 If you wish, you could make traditional cauliflower soup, cauliflower mashed potatoes, or eat it raw. BUT! Why not take this super vegetable, roast it, and put it on top of a pizza? Roasting cauliflower brings out the buttery flavor and gives real depth to an otherwise unattractive looking veggie. 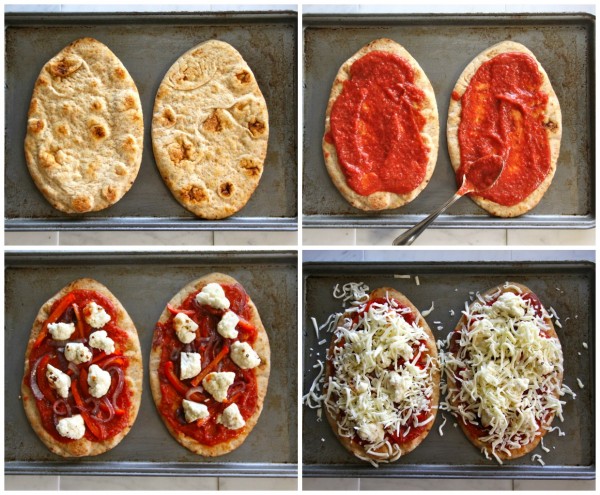 After you roast the cauliflower, add some red pepper, caramelized onion, and top it on delicious Naan. Holy Pizzzzza Pie! This recipe is a great weeknight meal or serve it up as an appetizer at the office holiday party. You’ll receive some major high-fives.

Don’t look now, but I just saw broccoli trying to dye itself white. Such a poser. 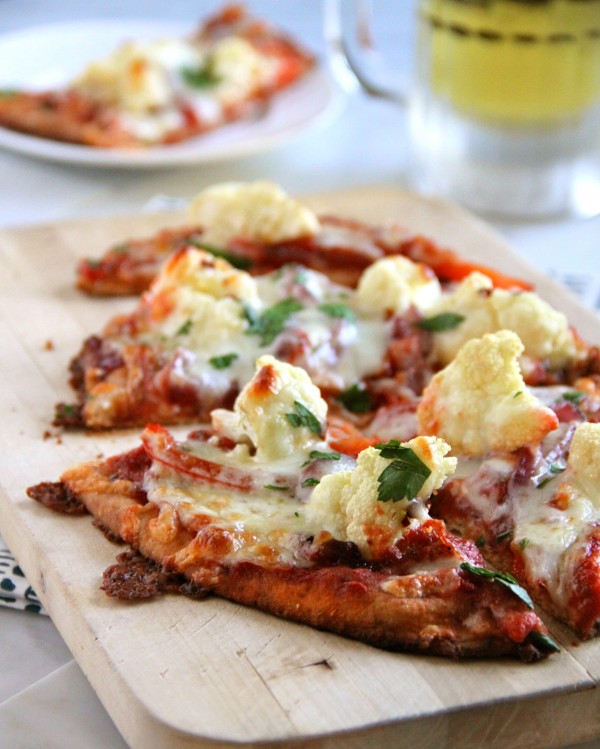 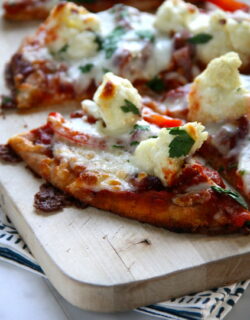 In a medium skillet, melt two tablespoons of butter over medium-high heat. Add onion, sugar, salt and pepper. Saute onions until caramelized, about 5 to 7 minutes. Remove onions, set aside.

In the same skillet, melt one tablespoon of butter over medium-high heat. Add red pepper, salt and pepper. Saute peppers for about 5 minutes. Set aside.

In a large bowl, toss together cauliflower florets and red pepper flakes. Set aside.

Line two baking sheets with foil and spray with non-stick cooking spray. Place two pieces of naan on each baking sheet. Cover each piece with ½ cup pizza sauce. Then top each piece with a little bit of red onion, red peppers, and cauliflower. Sprinkle as much cheese as desired. Place in oven, bake approximately 15 to 20 minutes until golden brown. Serve with a BIG glass of red wine!