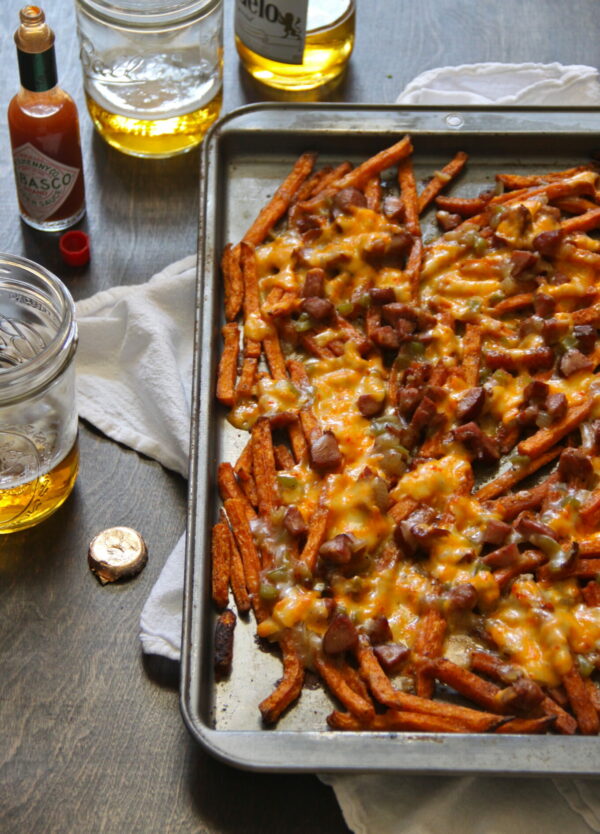 Three words for you: Fantasy, French-fry, and League.

Doesn’t that have a nice, golden, fried ring to it? Honestly, I can’t believe I haven’t thought of this sooner. I am currently playing in my first “Real Fantasy Football League”. Well, that’s not technically true. Mr. B is guiding me through this whole fantasy football shenanigan process. He evaluates important things like percentages and possibly points earned, where I tend lean towards, “Oh, I totally need to play Jay Cutler because Kristin Cavallari just had a cameo on the TV show, The League, and was super funny.” Hence, my team, Laces Out, isn’t dead last at the current moment. 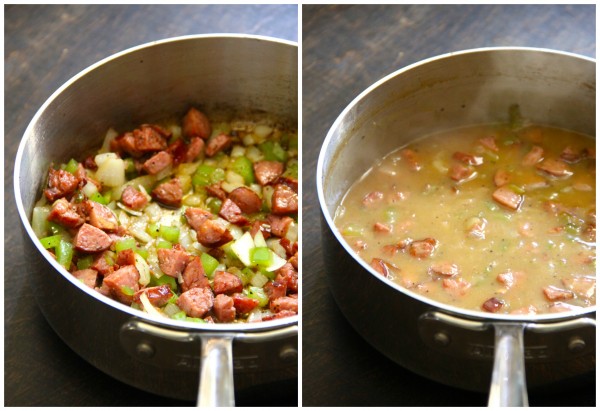 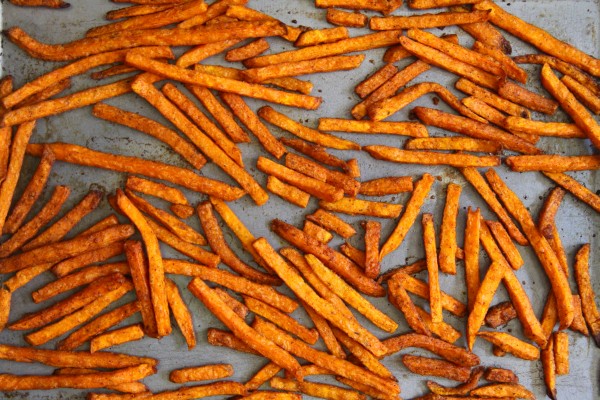 Alright, time to score some home runs and put Kristin Cavallari back in my line up.

Wait. That’s not right is it?

Someone pass me the gravy…. 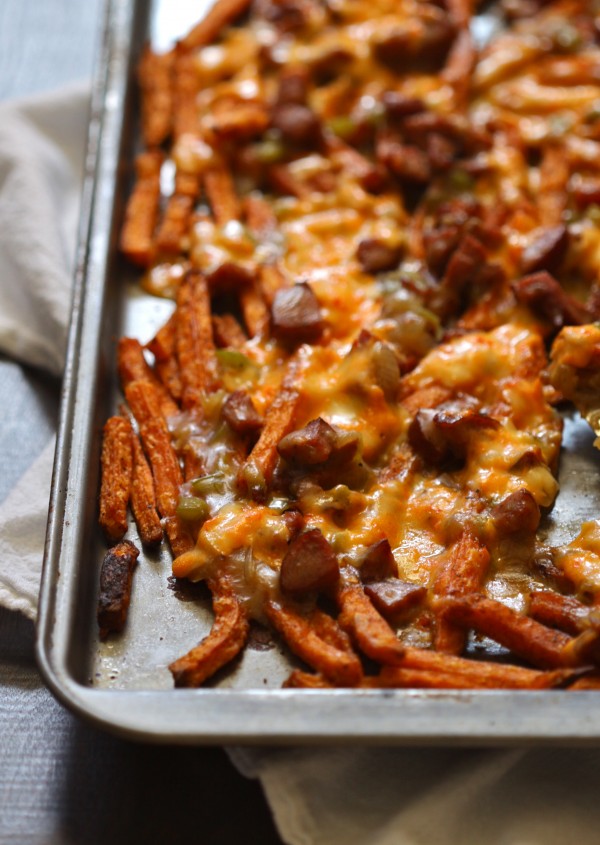 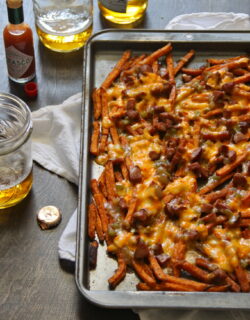 Preheat oven to 425 degrees. Spray a baking sheet with non-stick cooking spray. Place fries onto baking sheet and bake for about 20 minutes. Remove from oven and pour gravy on top of fries along with dollops of pimento cheese. Place baking sheet back in the oven for another 5 minutes or until the cheese is bubbly!

To make the gravy: In medium skillet preheated to medium heat, melt the butter and then add the andouille with a dash of salt and pepper. Saute the andouille for a couple of minutes. Add the onion, green pepper, and garlic clove. Continue to cook for another couple of minutes. Sprinkle the flour on top of the andouille pepper mixture. Cook for a minute to get out that raw flour taste out. Pour chicken stock into the skillet and begin to whisk. Bring the sauce back up to a simmer and whisk until the gravy has thickened and reduced. Season to taste with salt and pepper.