the end of july

And that’s a wrap, folks!

Even though summer (I hate to say it) is in its final stretch, I’m  really looking forward to fall. I get giddy thinking about pumpkin lattes, K-State football, and 70 degree temps! And before you know it, ski season will be here. Hooray!

Before I get ahead of myself, lets talk the weekend. Mmmkay?

Thursday our firm hosted another cooking class at Cook Street. 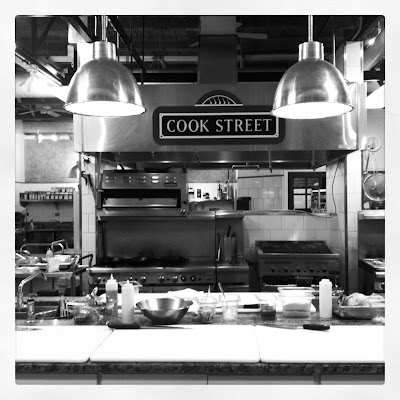 We’ve done a couple of these classes in the past and they were a huge success! The last class was bistro style cooking, which covered the nuances of making crepes, steaks, and mousses. The menu for Thursday night was all things grilling!

Mr. B ended up being in town and was able to join us! Chef John immediately put him to work grilling up stalks of romaine. Isn’t he a great sous chef? 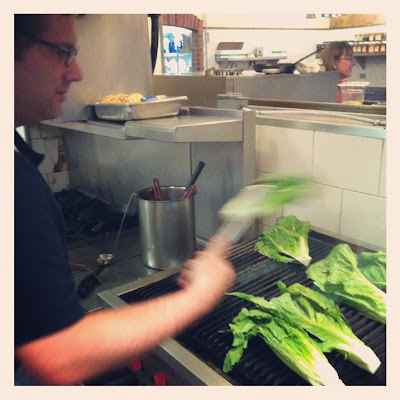 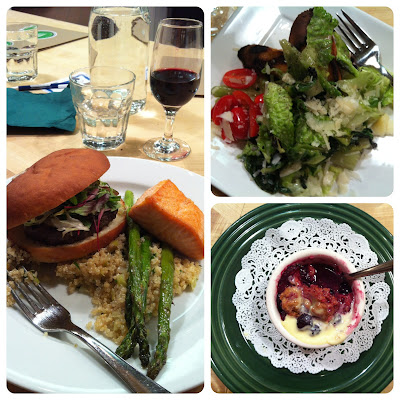 Friday: I didn’t have to work and Mr. B took a half day. Hmmm, what to do? Brunch? Yes please! We jumped on the motorcycle and headed over to Mona’s for some eats. They have the best corn beef hash and eggs Benedict. I think I may be weird, but I always order hollandise sauce on the side. For some reason I like to add a little at a time to the eggs because I don’t want the dish to be to soggy. Yeah, that’s probably a little weird. 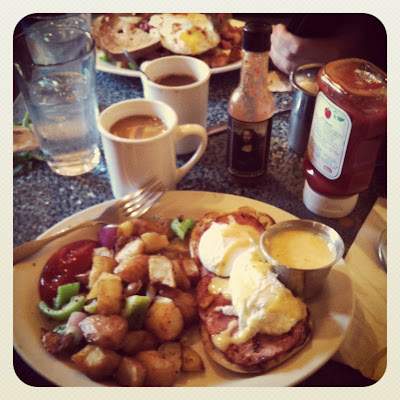 After brunch, Mr. B headed to work and I did a little shooting. Very exited about next week’s recipes! Friday evening we strolled down the street to Ocean Prime to celebrate Elizabeth’s birthday. We drank bubbly and toasted to the birthday girl. I had one dirty gin martini because I had to get up in the morning and run. Our entrees were delicious, Mr. B had a pork chop and me a gorgeous piece of salmon with a ginger sauce. Heaven!

The table split a huge portion of Baked Alaska that wasn’t on fire, but very decadent! We sang happy birthday and headed home. 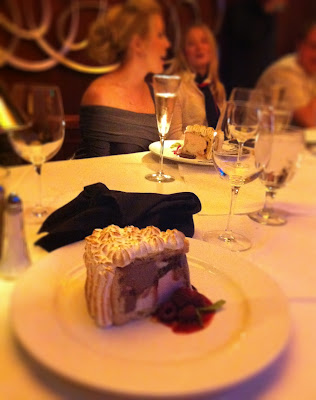 Saturday I was early to rise and met Listy for our 13 miles, or should I say half marathon! Check out this sunrise. Aren’t the clouds beautiful? Sadly, that was the only thing beautiful about our morning run. This run was brutal. More to come on the recap tomorrow. 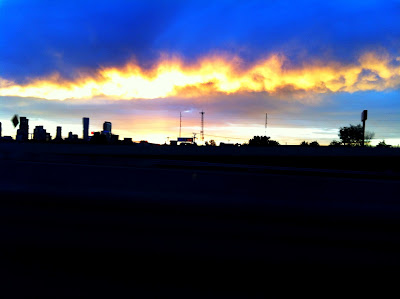 The rest of the afternoon I rested on the couch. Mr. B did a long mountain bike ride and was zonked too! Dinner time quickly rolled around and the only thing that sounded good…. 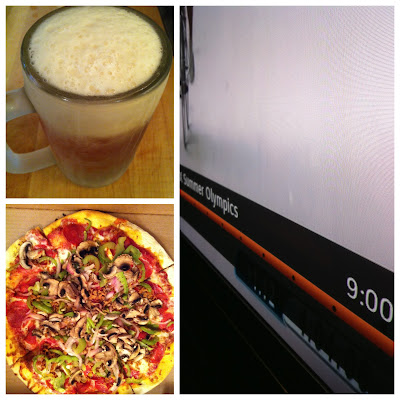 Today was a total leisure day. Pretty much watched the Olympics like it was our job. I did manage to get a grocery run in and take some head shots.

Check out one of the bloopers! 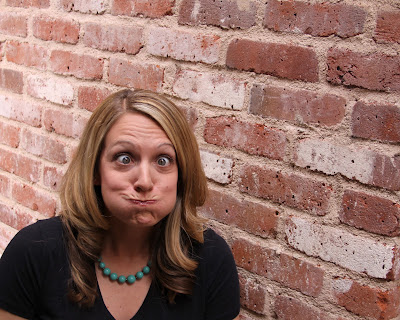 Dinner tonight was straight from the grill.

Grilled artichokes with lemon aioil and steak. Plus, a little rosemary quinoa on the side that was so good I forgot to take a picture! 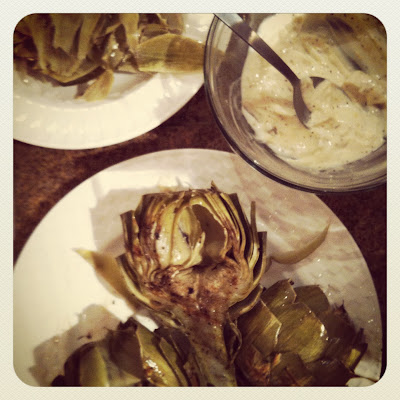 Now, an Olympic break. True Blood and The Newsroom call!

3 comments on “the end of july”