I feel as though when you first begin to toy with the idea of becoming a runner “the runner people” in charge should hand you a manual. This said manual should be appropriately titled, The Quid Pro Quo of Running.
What they don’t tell you when you first start training/running is that nothing is perfect. There is no such thing as the perfect run. You will constantly be giving up something in return for something else. Case in point. Last week I would have done anything for more sleep. If I wasn’t worried about bums attacking downtown I probably could have slept through most of my runs. This week I feel less exhausted, but now have a fear planters fasciitis rearing it’s ugly head. See my point? Once I get one thing under control, I have to give up something and vice versa.  Running is a battlefield. Word.
On the with recap…
Chicago Marathon Training Recap: Week Three
Monday: Rest.
Tuesday: 4 miles – I was supposed to run 3 miles per the training schedule. I know, I know. You’re not supposed to go off schedule. But sometimes I have hard time following the rules. See, in the back of my mind I knew running 4 miles on Wednesday would suck major balls because lately my legs have been super tight due to kickball. Well, I wanted to have a nice relaxing run and finish without complaining. The first two miles were a little a rough because I’m still getting used running at 6am. I told myself to chill out and wait until after the turn around point to speed things up. A lady actually passed me the last mile and competitive Lauren finally came back to life! You have no idea how good it felt to chase that lady down. It was like a scene from cops or something. I felt fantastic after this run. Sore, but emotionally better. 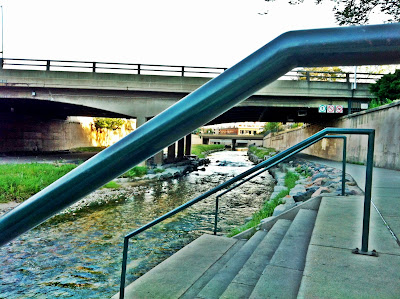 Wednesday: 3 miles – I felt a huge sigh of relief when I woke up and didn’t have to run 4 miles. My legs were s-o-r-e. I tried my hardest to not sprint at kickball, but that was wishful thinking. Thankfully it was overcast and cool in the morning, and I was able to knock out 3 miles without too much of a struggle. Note to self: next week you’re going to have to buck up and run the longer miles even if you have a sore butt. 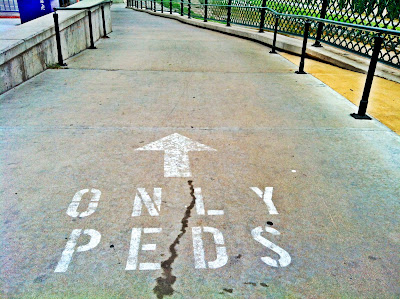 Thursday: 1 mile – Well….I may or may not have a problem. After my run on Wednesday, my calves and feet were super tender. I told Mr. B about my symptoms and he said that’s exactly how his planters faciitis started! I freaked out! Thus the reason for the one mile instead of three. I wanted to run, but also give my legs and feet a break. I’m keeping my fingers crossed and rolling my feet with this little crazy guy to help keep scar tissue from building up. I really hope this doesn’t turn into a problem! 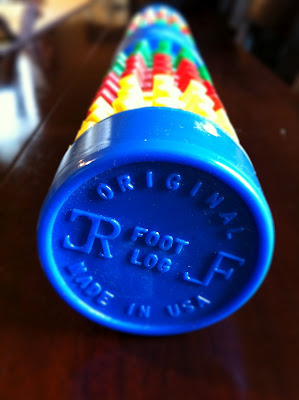 Saturday: 5 miles – Um…yeah. Definitely the toughest run of the training so far. The heat. Hello, 80 degrees at 7:30am! The giggle juice. I told myself I would be fine if I had a few drinks at happy hour. Clearly I was lying to myself! I was 30 minutes late for my run with Listy. Oh the horror! Thankfully Listy is the most understanding person on this planet and we finished our five miles before it reached 105 degrees!
Sunday: Cross Train – Rest.  Besides having a busy schedule on Sunday, I wanted to make sure my feet were well rested for this upcoming week. 9 miles next Saturday and I really want to do well!
Total Miles: 14
Catching up:
Chicago Marathon Training: Week One
Chicago Marathon Training: Week Two
Running