Subscribe now and get our FREE ebook: 10 Fresh Flavorful Dinners
Home » Travel » Colorado » Denver » Kickball » kickball (with a side of politics) tuesday

kickball (with a side of politics) tuesday

I hardly talk politics on CGM.

Why? Because debating whether or not a Republicans stance is better than a Democrats and vice versa could go on for hours and hours. Yes, I value the importance of knowing what is going in our government and the world, but I would rather keep things civil around here. Do you really care if I voted for Obama or not?
Anyway, the point of the “side of politics” today is to not argue, but to present some fun information I found in an article the other day.
Check it. 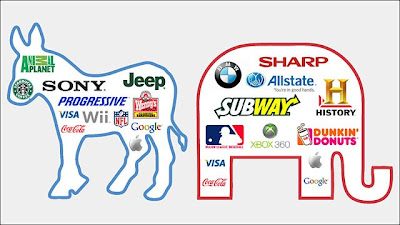 (source)
A recent study conducted by Buyology compared consumer behavior between Democrats and Republicans. Besides disagreeing on the standard moral topics, the two political parties even differ on where to buy coffee among other things.
Coffee: Democrat – Starbucks Republican – Dunkin’ Donuts
Cars: Democrat – Jeep  Republican: BMW
Sports: Democrat – NFL Republican – MLB
Fast Food: Democrat – Wendy’s Republican – Subway
Crazy, right? I totally don’t get Democrats liking Jeep. I for sure thought it would be a Subaru!
However, the study did find a couple of brands that both parties fancied- Apple, Google, VISA, and Coca-Cola. Who knew the “intrawebs”, spending money, and a sugary drink could bring our country together?
I would also like to add playing kickball to the moderate political section. Even though it’s not “technically” a brand, I don’t think a Democrat or Republican would say no to playing a game if the opposing team was the Taliban. Am I right?   Could you imagine instead of fighting bloody wars, we played a kickball game against those crazies? It would be epic.

Well, for political sake, I think it’s best to keep things on the down low for now.

Tonight we played Drop the Base. I swear it was at least 1200 degrees outside when our game started. Good thing we had plenty to drink! 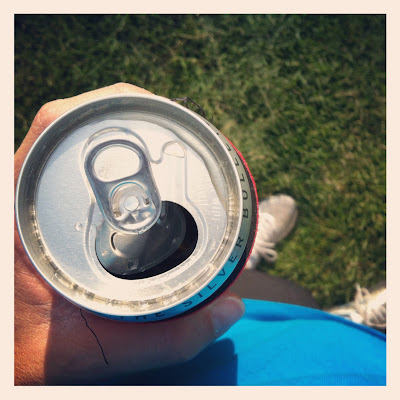 This was by far the worst game we have played this season. I don’t know if the heat had something to do with it or what, but we couldn’t get into a rhythm at all.

We attempted everything in the playbook:
– keeping the ball on the ground
– positioning all boys in the outfield
– pitching the ball super fast
– drinking more beer 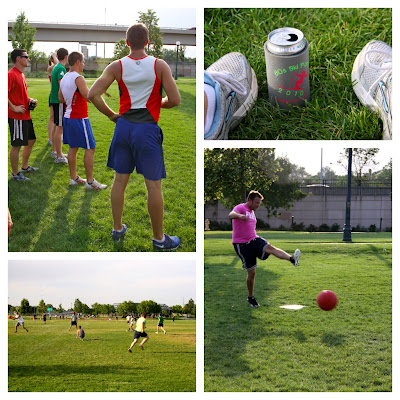 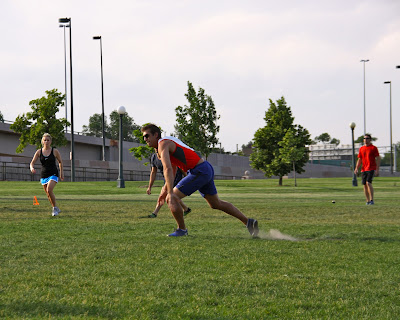 Sadly, it was just one of those games where it wasn’t meant to be. We lost 6-0. Ouch. 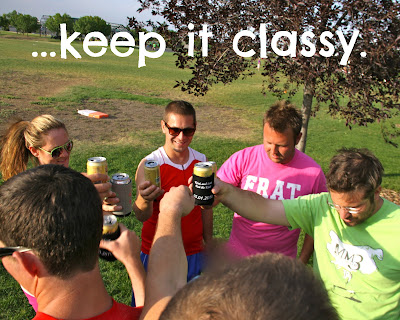 2 comments on “kickball (with a side of politics) tuesday”