How was your Tuesday?
Is it hot where you are? Geesh. I swear it’s hotter than two bears fighting in a forest fire here. Don’t get me wrong I love summer, but when you start talking about 90 degree heat and my tookus isn’t anywhere near a swimming pool, homegirl here gets real cranky. I think it’s supposed to cool down sometime next week. Keep your fingers crossed!
Other than dealing with the heat, today was actually a pretty good day. Mr. B and I woke up bright and early this morning to start our summer running routine (for the record, it was 75 degrees at 6am. W.T.F?). I used to dread running in the morning. The thought of waking up before 6am, putting on spandex workout clothes, and exercising sounded painful. I think at one point I tried to justify exercising in the morning as morally wrong. Yeah, God didn’t really approve of that one. 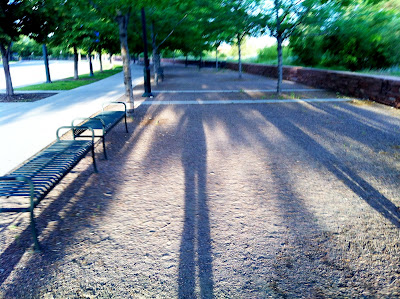 The first two weeks are always brutal for me because I am not the most delightful person before the sun rises – just ask Mr. B. Wait. Maybe don’t ask him. Anyway, usually by week three I am less of a curmudgeon and look forward to an early dose of endorphins. Plus, the best part about running super early, getting to spend quality time with Mr. B. Our mornings are usually chaotic because we’re trying to get our the door and this gives us a chance to chat before our day starts. What can I say? I just love the guy.
Besides attending typical ol’ work and running and few errands afterwards, kickball started tonight! Yee-haw!
If you remember back to last year, we played at Sunken Gardens and our team name was the Stud Muffins. Well, friends, things have changed. We’ve decided to retire the Stud Muffin name and move to another league. The Summer 2012 kickball season will now be played at Cuernavaca Park and our new team name is “I’ll Have Another.” I know, I know. I’m sad to see the Muffin’s go, but we needed a fresh start. After all, we played at Sunken Gardens for the past four years and angered enough opposing teams along the way that it was time to exit. For the record, they were probably just jealous our sweet ball handling skills. Totes true.

Our game tonight wasn’t until 7:40pm, and thinking the field was close, Mr. B and I decided to walk. It took us longer than expected – 25 minutes to be exact. Ooops! Good thing the games were already running behind.


Besides the scenery change (hello, downtown Denver skyline), everything was pretty much the same. I wasn’t sure what to expect with a new league and field, but our team picked up right where we left off last year. 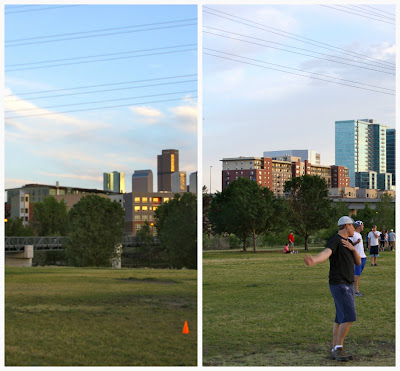 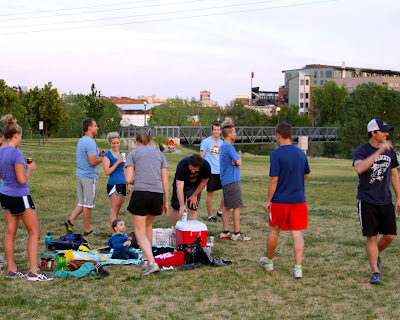 Since beer is mandatory at every game, we rotate between everyone on who brings beer each week. Kind of like Little League when it was your turn to bring the cooler full of soda for after the game. This week Elizabeth and Matt kindly brought beverages for the team including wine for the girls! We try and keep things classy around here. 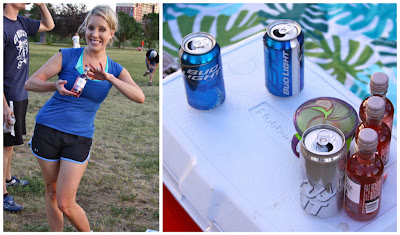 We played Red Ball and Vodka this evening. The first inning we were kicking ass and taking names, but for some reason the rest of the game, we couldn’t pull it together. We need to work on kicking, especially yours truly. I always kick the darn ball into the air. So not major.
As the sun set, so do our chance for victory. Sigh. 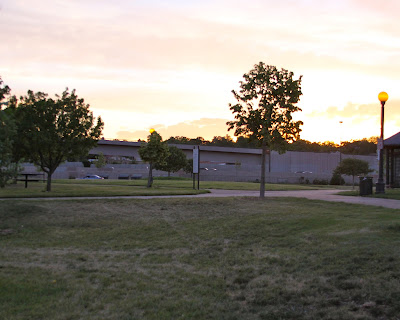 « Previous Posttake me back to…
Next Post » wednesday things

2 comments on “kicking the heat”